Ohio and Michigan Battle it out on Sandusky Bay

On September 21, 2018 122 anglers from Ohio and Michigan met at the Shelby Street Ramp on Sandusky Bay in Sandusky, Ohio in anticipation of having a great two days fishing for the smallmouth bass that the Western basin of Lake Erie is famous for. However Mother Nature was throwing the anglers a curve as the wind was causing a small craft advisory and was supposed to switch to the north during the night which would cause Lake Erie to become even more dangerous.

When the anglers arrived at the ramp the wind was blowing over 20 mph from the north and gusting to 30 mph. The decision was made to wait until daylight in order to even determine if Sandusky Bay was fish-able. As it became light the wind shifted as it was predicted to and calmed down some but not to the degree that the anglers could fish Lake Erie. After going out into the Bay in a boat the OBF President told the anglers that the tournament anglers would be restricted to Sandusky Bay for Saturday’s event. The anglers weighed in 180 bass weighing 420.21 pounds. The leading Boater was Josh Kolodzaike of Michigan with 15.67 pounds. The leading Co-Angler was Todd Rock of Ohio with 17.99 pounds.

Sunday started with Sandusky Bay and Lake Erie calm enough that the anglers could fish either bodies of water. When the final fish was weighed the Day One Leaders had still retained their superiority over the over anglers.  Josh Kolodzaike weighed in 5 fish again that weighed 14.15 while Todd Rock on the co-angler side only had two fish. However they weighed 10. 30 pounds and included a smallmouth weighing 5.24. Jon Angstmann of Ohio weighed in the biggest fish of the tournament with a 5.83 smallmouth and finished second on the co-angler side. The second day saw 189 bass weighed in for a total of 457.96 pounds.

At the TBF National Championship in 2019 Ohio will be represented by Troy Sneddon (3rd place) and Andy Fryer (4th place)  on the boater side and Todd Rock (1st place) and John Angstmann (2nd place on the co-angler side. Michigan anglers going to the TBF National Championship as a boater is Josh Kolodzaike (1st Place) and co-angler Chase Fennell (3rd place) . 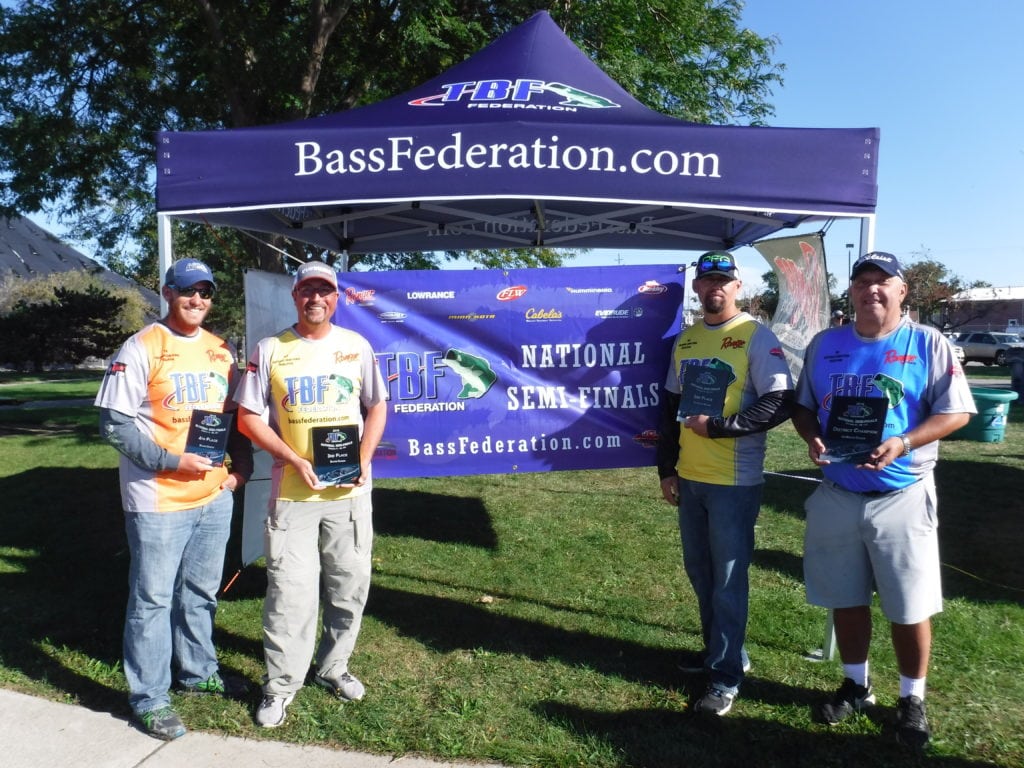 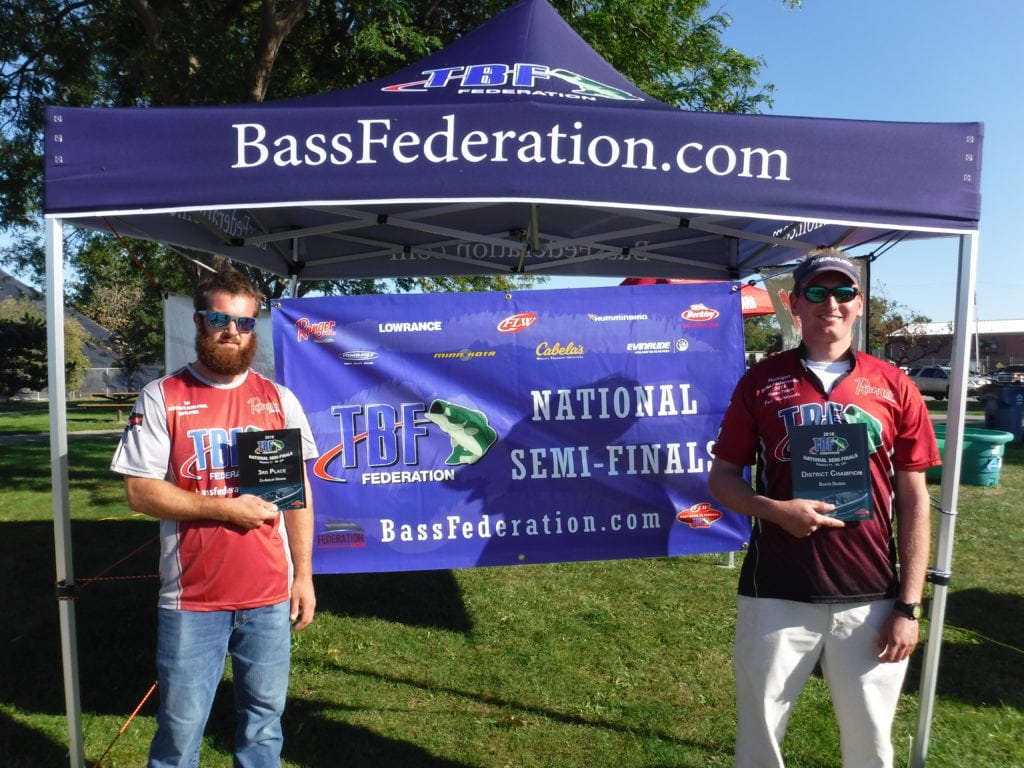 There were 369 bass caught in the tournament and all but one was released alive with the exception of about 30 smallmouth that were taken by Ohio Division of Wildlife. These fish were implanted with a transponder and released back into the lake. Anglers who caught those smallmouth selected were asked to mark a grid map where that fish was caught. This will enable the fish’s movements to be tracked. Ohio and Michigan were very happy to be able to participate in this research project.

Ohio and Michigan would like to thank the anglers that participated in this tournament for their sportsmanship and understanding.