Ponca City, OK. (November 16, 2020) – The Bass Federation (TBF) announced today that the nation’s top grassroots anglers are headed to the Red River at Shreveport, LA. March 11-13, 2021.  The Federation has held a number of events on the red river over the last 30 years but none since 2012. The river is on the rebound now and local anglers say it could take 15 pounds a day to win the title in a March 2021 event. The anglers will enjoy one of the nation’s premier host cities, with a plethora of things to do for the families who attend.  TBF anglers competing in the no entry fee event will also enjoy significantly increased payouts that were put into place in 2020 where the prize purse pushed $400,000.00 in cash and prizes due to the growth and success of the Federation’s National Semi-Finals program across North America.

“We are proud to partner with the Red River Waterway Commission in hosting this tournament and 100 of the nation’s top grassroots anglers here in Shreveport-Bossier City.” Said Kelly Wells, Executive Director of the Shreveport-Bossier Sports Commission. “We’ll deliver nothing less than world-class hospitality in sportsman’s paradise.” 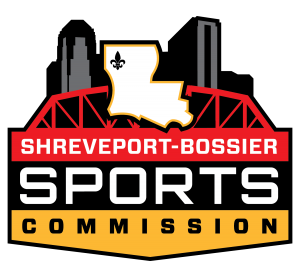 Competitors qualified at 22 close-to-home district competitions in the TBF’s National Semi-Final system that span the traditional seven TBF geographical divisions.  The framework is designed to make it easier for TBF anglers to fish premier events by minimizing travel time and expenses. As noted because of the success of the new TBF National Semi-finals program payout to the membership continues to climb annually.

All fifty boaters and fifty co-anglers competing in the National Championship will fish the first two days of the event and only the 7 Division Champion boaters and 7 Division Champion co-anglers will compete on the third and final day for the Living Your Dream Prize packages and the National Champion boater and co-angler titles.  In addition to the cash prizes, all hotel room nights for the actual event days will be paid for by TBF for all the anglers as a part of their qualifying prize and all 14 finalists will earn a Living YOUR Dream prize package of various sizes and can advance to the 2021 BFL All-American if they were FLW competitor members before they qualified.

The Federation strongly believes in the value of co-anglers, so the 2021 National Champion Co-angler LYD package will be worth over $30,000, including 20K cash PLUS set paid entry stipends into the circuit of choice, clothing package and more!

Coverage of the TBF National Championship will be broadcast in high-definition in Federation Angler TV block on the Pursuit Channel, on Outdoor Action TV and streamed live from Red River South Marina daily on bassfederation.com.

The Bass Federation Inc. is the oldest and largest, organized grassroots angling organization in America and a member of the fresh water fishing hall of fame. TBF is 100 percent owned by those it serves and is dedicated to the sport of fishing. TBF affiliated state federations and their member clubs conduct more than 20,000 fishing, youth and conservation events at the local level each year, and have provided the foundation for the entire bass fishing industry for 50 years. The Bass Federation is proud “Partners in Fishing” with industry-leading companies including Ranger Boats, Lowrance, Bass Pro Shops, Cabela’s, Humminbird, MinnKota, Berkley, T-H Marine, FLW, Power Pole and FacultyOfFishing.com. For more information about The Bass Federation, visit bassfederation.com, or call 580-765-9031. Look for TBF on facebook at Facebook.com/thebassfederation and on twitter at Twitter.com/bassfederation.