The 2022 D5 NSF was held on Lake of the Pines at Bullfrog Marina.  The field consisted of 23 boaters and co- anglers from the states of Texas and Louisiana.  The cooler weather had everyone fired up with anticipation of a big bag of bass at the pre-tournament meeting.

Day one was a beautiful clear morning with temps in the upper 40’s. The low air temperatures and mid 70-degree water temps spawned a thick layer of fog that led to an hour-long fog delay. Pines did not fail to produce some solid strings of fish.  Louisiana boater Ryan Latch sacked up a 5 fish limit good for 17.27 and Texas boater James Biggs came in with a 5 fish limit that weighed 14.35 lbs.  Texas co angler John Walker came in with 15.51lbs and a 5.77 lb big bass and Louisiana co angler Nick Teel Louisiana had 15.02 lbs. The co- anglers gave the boaters a run for their money on day one. 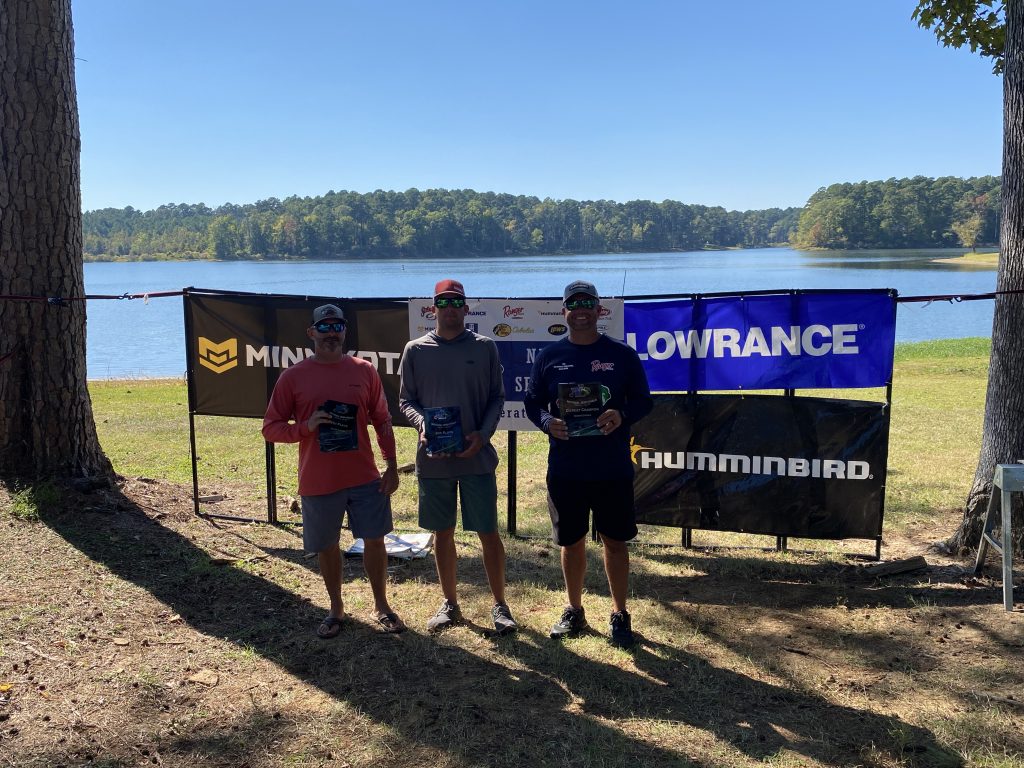 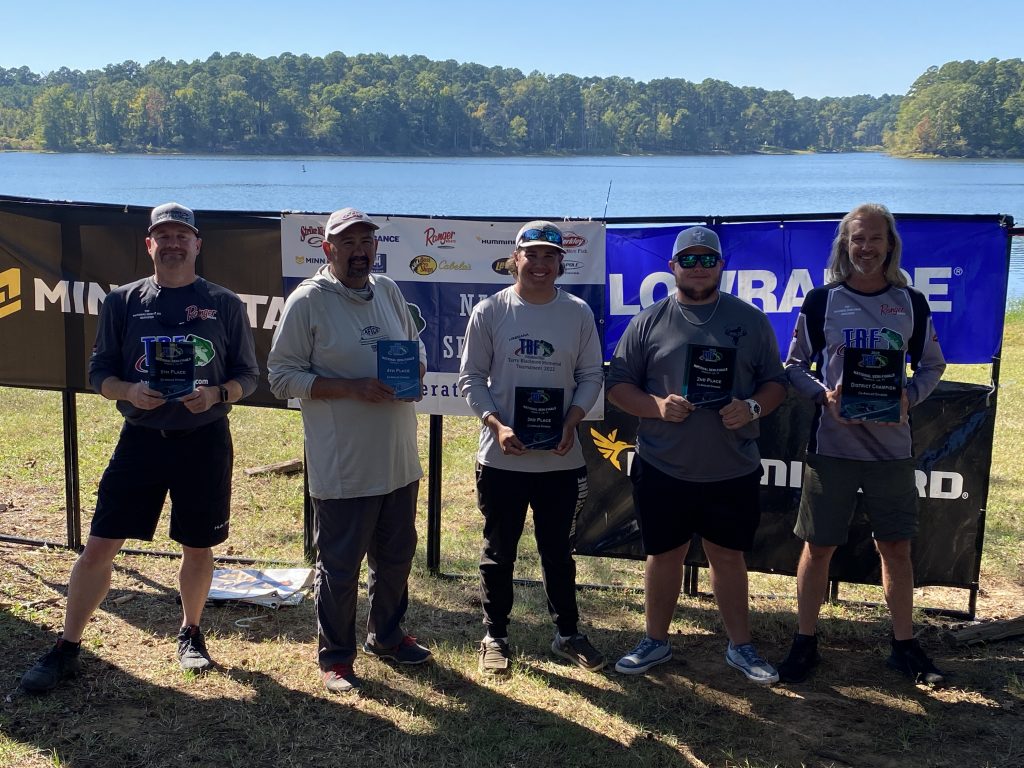 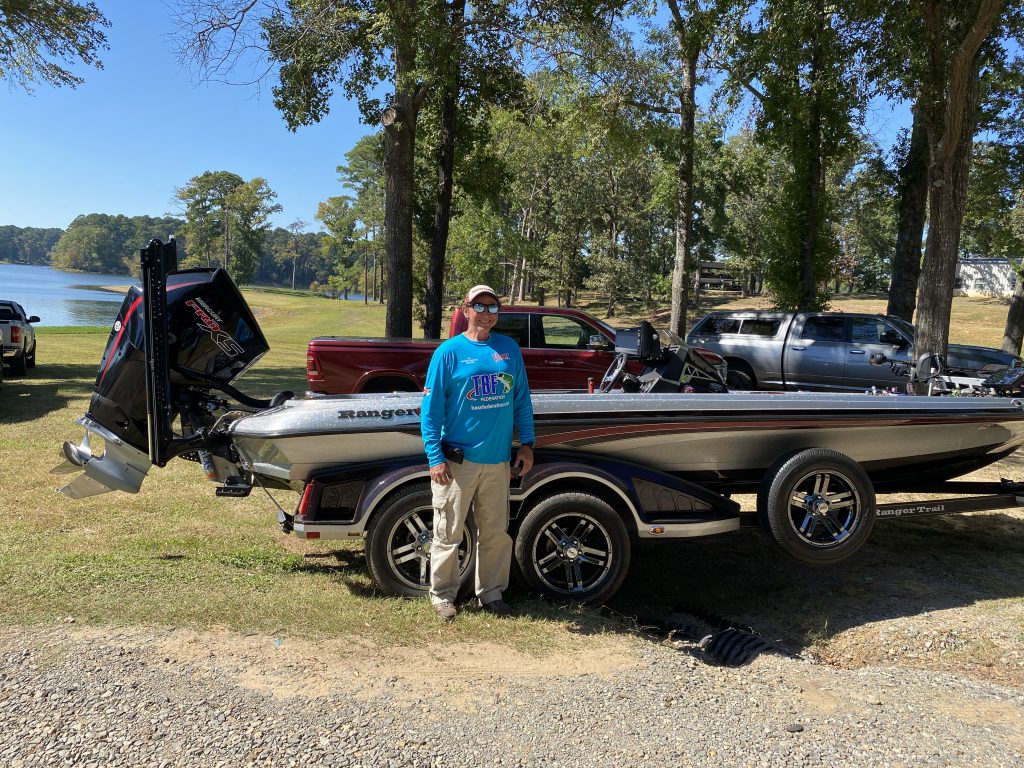