Both Kimbrough and McClure brought something to the table as they both wrangled in keepers over and under the lakes 14-18 in slot limit. “We’re very excited about winning and advancing; we definitely plan to fish every year and we’ll be coming back,” Kimbrough and McClure stated. “We were fishing too fast and decided to change up it later in the day; that’s where most our keepers came from.” Both anglers were surrounded by family support and enthusiasm today. “We would like to say thanks to our parents and boat captain, without them none of this would be possible.”
Sporting his lucky Auburn hat, State Champion angler Kimbrough said, “I also want to thank my sponsors Skinny Bear Bass Jigs and Kistler Rods.” Both anglers were also the top finishers who completed the online test component involving boater safety and conservation, which lined them up with contingency prizes presented by Louisiana Wildlife and Fisheries including Cabela’s inflatable life vests, hats and multi-tools.
Just ounces away in second were Trace Burnham and Cameron Mattison from Airline High School with a limit of bass weighing 13lb 7ounces. Burnham and Mattison faced some hurdles today from broken lines to late afternoon boat problems. Despite all odds, they locked down a solid second place finish. “We’re pretty happy with our finish and very thankful to JR Burt for picking us up broke down on the water to get us to weigh-in,” Burnham and Mattison said. They threw mostly centipedes though Cyprus trees in 5ft of water, tossing the occasional spinnerbait. Both anglers plan to attend the 2011 High School Fishing World Finals July 20-23, In Russellville, Ar. which is open to all SAF members and are looking forward to it. “We are excited for the event in July. Also, we would like to thank our sponsors Bayou Outfitters, Citizens Bank, Team Angel Reality Executives, TBF and FLW, and most of all God for keeping us safe and our parents for letting us come out here to fish.”
Third place finishers, Reagan Dudley and Timothy Newell, brought in only one bass, but she was a beauty. Weighing 8lb 2ounces their keeper landed them the tournament big bass and $100 Solar Bat Big Bass Award. “I knew it was a big one; I could see it!” Newell said. “I was throwing trees killing time with a Booyah Chatter bait Chartreuse, and there she was.” Both anglers also plan to attend this year’s High School Fishing World Finals for the first time. “We are excited; we’ve heard awesome things about the event,” Dudley said. “I’d also like to thank my Dad and a friend of my family, Sam, for getting me involved with high school fishing.”
All participants and SAF members qualify to fish in the 2011 High School Fishing World Finals to be held July 20-23 in Russellville, Ark. Last year’s event was a huge success with the top prize a $4,000/yr renewable scholarship up to four years with Bethel University and spots on the Bethel University Bass Fishing team to both winning anglers. “This year’s event scholarship and prize breakdown is not quite ready to announce, but I can tell you this, the 2011 High School Fishing World Finals will be bigger and better, with more scholarship money and prizes up for grabs than ever before,” TBF President, Robert Cartlidge, stated. “Go to highschoolfishing.org and start making plans today, for a family oriented fun-filled, life changing fishing event.”
Shreveport /Bossier City Visitors Bureau and Caddo Parish and Parks and Recreation rolled out the red carpet for these young anglers, showing their support and enthusiasm all week. Special thanks goes out to them, the Louisiana TBF, our partners in fishing, FLW Outdoors and all our sponsor partners for making events like these possible for our next generation of anglers.
TBF High School Fishing: our youth of today, our future for tomorrow. 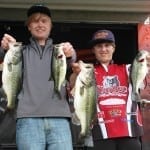 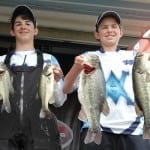 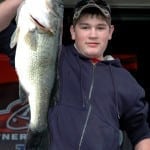 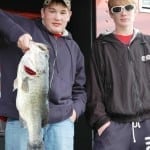