TBF Anglers Stop at Nothing, Fishing for the Dream of a Lifetime on Lake Nickajack; 14 Division Champions Advance

Allen Boyd and Rhett Fornoff Command Titles and All the Glory, at the 2011 Federation National Championship on Lake Nickajack

April 16, 2011 (Chattanooga, Tenn) – Emotions ran high today as the 2011 Federation National Championship presented by the National Guard came to a dramatic close.  The Chattanooga Convention Center housed the main event, and a lively crowd grew still as each weight was settled and the fates of the 14 hopeful TBF anglers hung in the balance.   All 14 Division Champions earned berths in the 2011 BFL All-American in Shreveport, Louisiana May 19-21, and the national champions qualified for the prestigious Forrest Wood Cup.

But, today it was all about naming the national champions and it literally came down to ounces.  Allen Boyd and Rhett Fornoff emerged victorious.  Allen Boyd the champion boater walks away with the $100,000 “Living the Dream” prize package that includes cash, fully-paid entry fees to the FLW Tour as a tour pro, use of a custom ‘Living The Dream’ wrapped Chevy Truck and wrapped Ranger Boat on tour for the year, plus a travel stipend for each event. He will also be fishing the 2011 Forrest Wood Cup in Hot Springs, Ark. in August.

Allen Boyd from Salem, Ind., was 13th overall after day one and just third in his division.  On day two a good bag and a 6lb 6ounce beauty helped him creep up to third overall and command the lead in his division.  Today, Boyd came out guns a flaring with a consistent game plan that clearly paid off.   “Its textbook fishing, I used two crank baits the whole tournament, that’s it; crankin’ that’s what I like,” Boyd said.  He came down a week before off-limits to pre-fishing and ran across a few hot spots.  “This lake is just full of fish; we caught fish everywhere, but those were the most consistent spots.  They were key because big fish were consistently there; it was just getting them to eat.”  One area was a rip rap wall in the marina where fish were moving back in to spawn.  “I found something else in there I couldn’t find anywhere else, it was the grass,” Boyd said.  “Grass coming through the rock bottom, and the fish, some were up around the rip rap and others were deep, so I was switching it up back and forth, make a pass at the deep, make a pass at the shallow.”  Today, he had his limit early, close to 8am and caught around three limits worth all day.  “I like to fish shallow, flip wood, throw shallow crank baits and spinner baits, but I didn’t find enough of those areas to hold for three days of competition. Also, during my week of pre-fishing the water was up and down, up and down; that hurts so I decided to stay out there and took my chances with that and it paid off.”

The weather has been up and down as well this week and it shook the bite for several anglers.  “I couldn’t sleep last night thinking about what the rain was going to do to this river,” Boyd said.  “But, the docks weren’t covered and the four foot rollers even helped my bite I think.  It’s just hard for me cause I like to fish fast and to make five to six passes on one bank is tough for me.  But, I don’t know the lake well enough to run around and have confidence in it.  I did have confidence in those areas; I knew there were fish there.”

Boyd now gets a chance to fulfill a lifelong dream fishing as an FLW Tour Pro for a year with the TBF $100,000 “Living the Dream” package.  “One hundred percent, no questions asked, I’m going to fish the tour.  When I was a little kid my grandpa got me a boat when I was 13.  I would fish all day every day until dark every summer. I just don’t seem to get tired of it for some reason,” Boyd said with a laugh.  He went on to thank Ranger Boats, his wife for supporting his fishing, and The Bass Federation.  “This is a great thing, you guys need to join your clubs and start doing this.”

Kenny Beale, VA was leading the first two days of the tournament. He came up a little short to win the Living the Dream prize package, but he didn’t quite end up empty handed. Beale was the highest finishing Ranger Cup qualifier which won him a brand new Ranger 198VX.

Rhett Fornoff of Park City, Utah was victorious on the co-angler side, making him the 2011 TBF Co-Angler Champion, plus the Ranger Cup bonus of $5,000 cash for registering with the Ranger Cup contingency program. This also earns him a berth into the 2011 BFL All-American and the 2011 Forrest Wood Cup as a co-angler.

FLW Outdoors, named after Forrest L. Wood, the legendary founder of Ranger Boats, is the largest fishing tournament organization in the world offering anglers worldwide the opportunity to compete for millions over the course of 189  tournaments in 2010. FLW Outdoors has also taken fishing mainstream with FLW Fantasy Fishing awarding the largest prizes in the history of fantasy sports. FLW Outdoors memberships are available featuring numerous benefits including Player’s Advantage. For more information about FLW Outdoors and its tournaments, visit FLWOutdoors.com or call (270) 252-1000. For more information about FLW Fantasy Fishing, visit FantasyFishing.com.

ABOUT THE BASS FEDERATION (TBF)

The Bass Federation Inc., (TBF) is the oldest and largest, organized grassroots angling organization in America. TBF is owned by those it serves and is dedicated to the sport of fishing. TBF affiliated state federations and their member clubs conduct more than 20,000 fishing, youth and conservation events at the local level each year and have provided the foundation for the entire bass fishing industry for more than 40 years.  For more information, visit bassfederation.com  or call 580.765.9031.

Here are the final results. 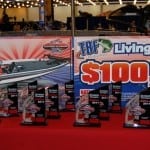 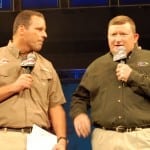 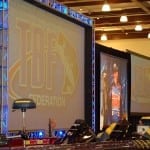 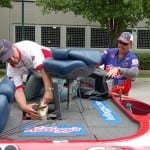 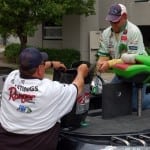 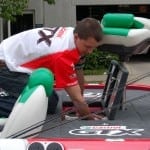 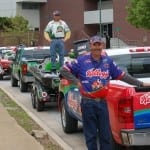 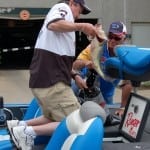 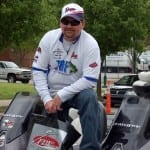 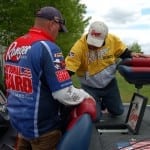 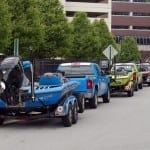 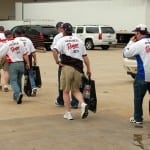 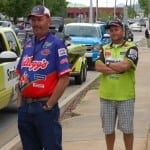 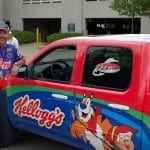 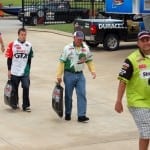 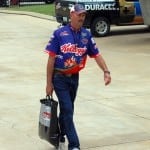 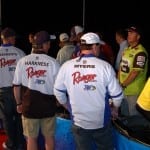 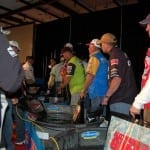 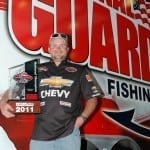 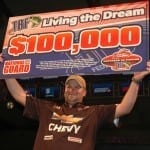 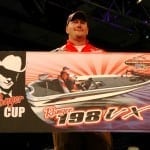 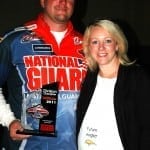 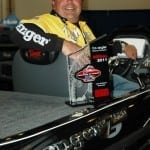