Conservation Directors from across the country converged on Northern Arkansas last week as part of the 2012 TBF National Championship. The group, which represented 16 different states, started the week by assisting the Arkansas Game and Fish Commission with constructing and placing a variety of different habitat structures in beautiful Bull Shoals Reservoir.

Colton Dennis the coordinator of the AGFC Black Bass Program and his staff orchestrated the construction and placement of habitat which included various synthetic structures along with great nursery habitat constructed out of “River Cane”.

Day two found the group at the Berry Conservation Education Center in Yellville, Arkansas where Dr. Phil Moy from the Wisconsin Sea Grant Group reviewed the progress the group made in the invasive species prevention campaign. They also discussed future plans to highlight the campaign at this year’s TBF Divisional Series.

On Day three the group visited the James Gaston Visitors center at Bull Shoals Dam where several conservation directors gave reports on projects taking place in their home states. They then had the pleasure of listening to Chris Horton of the Congressional Sportsman Caucus who brought them up to speed on important legislative items taking place across the country.

A special thanks goes out to the Boat US Foundation which has joined forces with the TBF to promote the Stop Invasive Species Campaign. This event kicked off program with the new release boat “Wrap” which includes the “Clean, Drain, Dry” message and several different Billboards which again highlighted the Clean, Drain, Dry message and also a boating safety message. In addition we will be highlighting the AIS message with all of the Divisional Anglers qualifying for this year’s divisional series by sending out an AIS letter to remind them to Clean, Drain and Dry before and after they pre-fish for this year’s events. There will also be a drawing for an Inflatable life jacket at each divisional registration for those anglers who participate.

As the group always says, conservation starts at home with each angler and last week they made the Beautiful Bull Shoals area their home away from home! 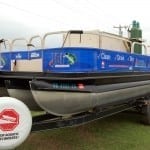 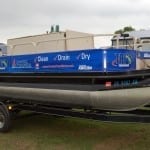 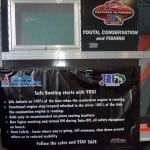 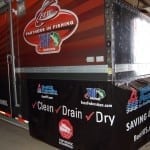 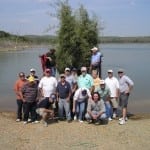 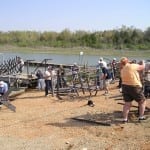 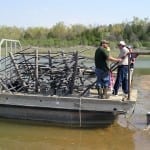