This Semi-Final event turned out to be a great event. The fishing on Lake Powell was supposed to have heated up by the second weekend in September. However, Mother Nature had other ideas as the heat during the event was record breaking for this time of year. This kept the fish in their summertime patterns and the numbers of fish caught was significantly less than expected. That being said, our Tournament Champion, Zac Dinkins, crushed the field on day 1 with a 14lb sack of largemouth. That bag of fish left the rest of us feeling very envious. Stephen Tauriello led the NV Anglers and he came in with a 10lb sack of fish for 2nd on the first day. The 3rd spot was held down by Utah’s Justin Hicks with a 9.19lb limit. Big Fish of the whole tournament was brought in by Paul Morley. He scaled an impressive 5.53lb toad! Every competitor was able to catch fish the first day even though only 5 limits were brought to the scales. 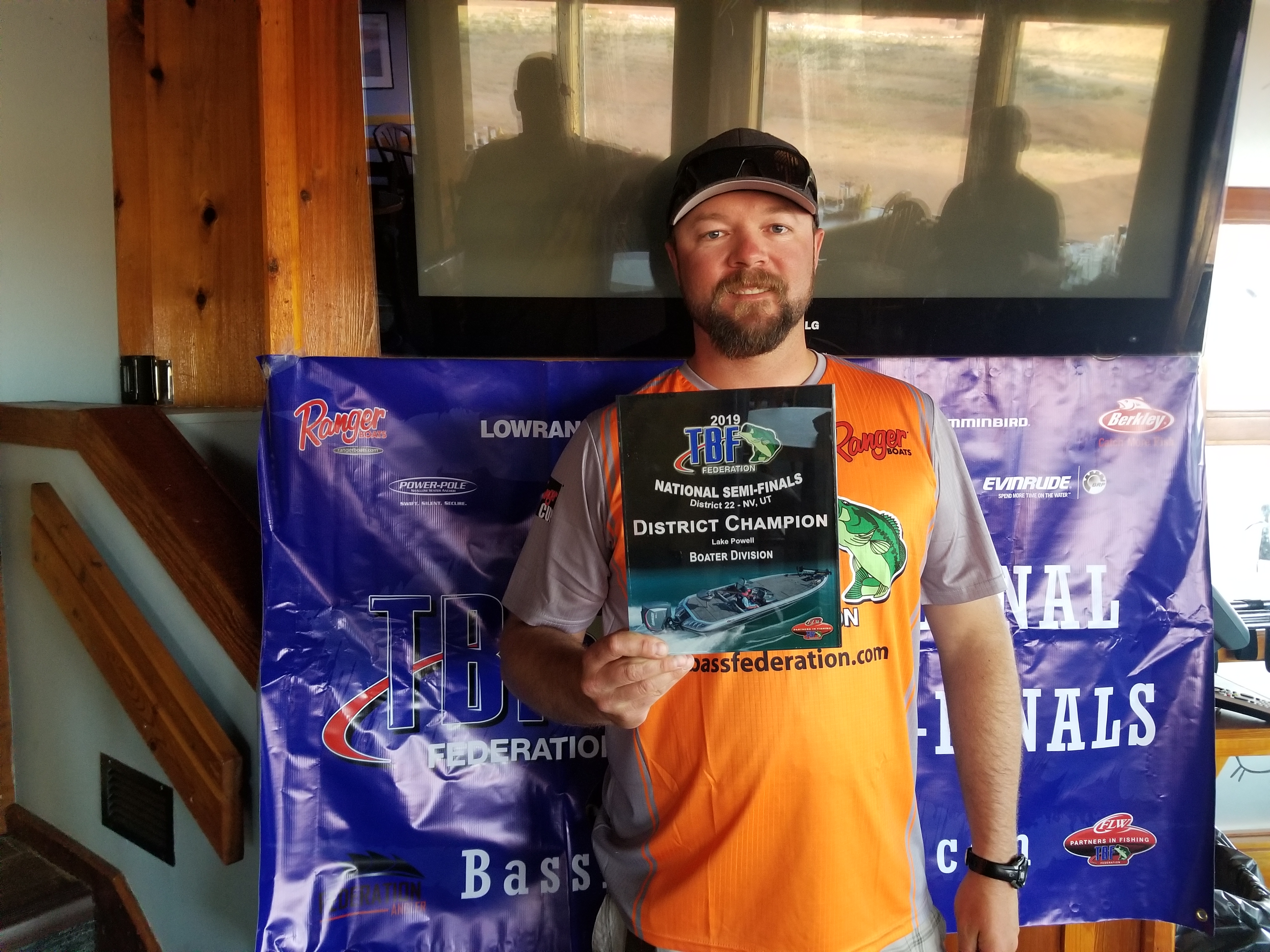 On the Co-Angler side of things, the standings were ultra-close after Day 1. Jackson Hinkley of Utah had the lead with 6.33lbs on 4 fish. Adam Cacal of NV was in a close second with 6.32lbs on 3 fish. Spencer Lazara was not far behind and he brought the only Co-Angler limit to the scales. He finished the day in 3rd with 5.85lbs.

Day 2 turned out to be a bit rainy and very windy. The winds were out of the Southwest and sustained between 10-20mph.

A few anglers benefited from this change, but overall the weights dipped on Day 2. For the Boaters, Zac Dinkins was able to hold off runner up Jason Warren for the win. Stephen Tauriello from NV came in with just enough to edge out Justin Hicks of Utah for 3rd place. Justin Hicks was the events Ranger Cup winner with his 4th place finish. There were only 2 limits of 10lbs or more the 2nd day with both of those limits coming from anglers who didn’t do as well the 1st day. (Jesse Ortega-NV and Joe Johnson-UT) 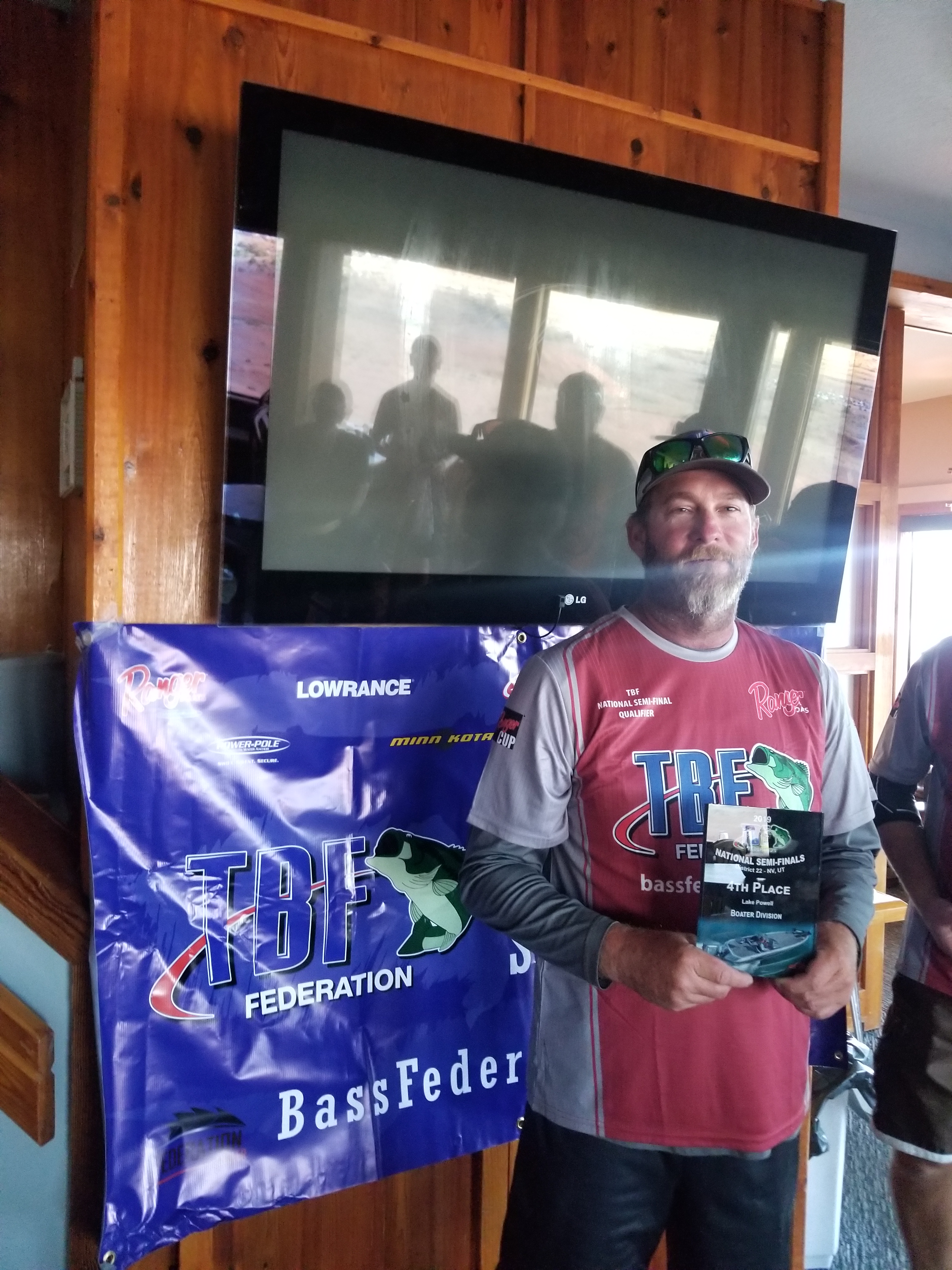 The Co-Angler champion really separated himself from the rest of the field. Adam Cacal brought in an impressive 8.5lb limit of fish and finished nearly 4lbs ahead of Spencer Lazara. Spencer came in with a big fish weighing 3.94lbs and that catapulted him above the 3rd place finisher Jackson Hinckley of UT. 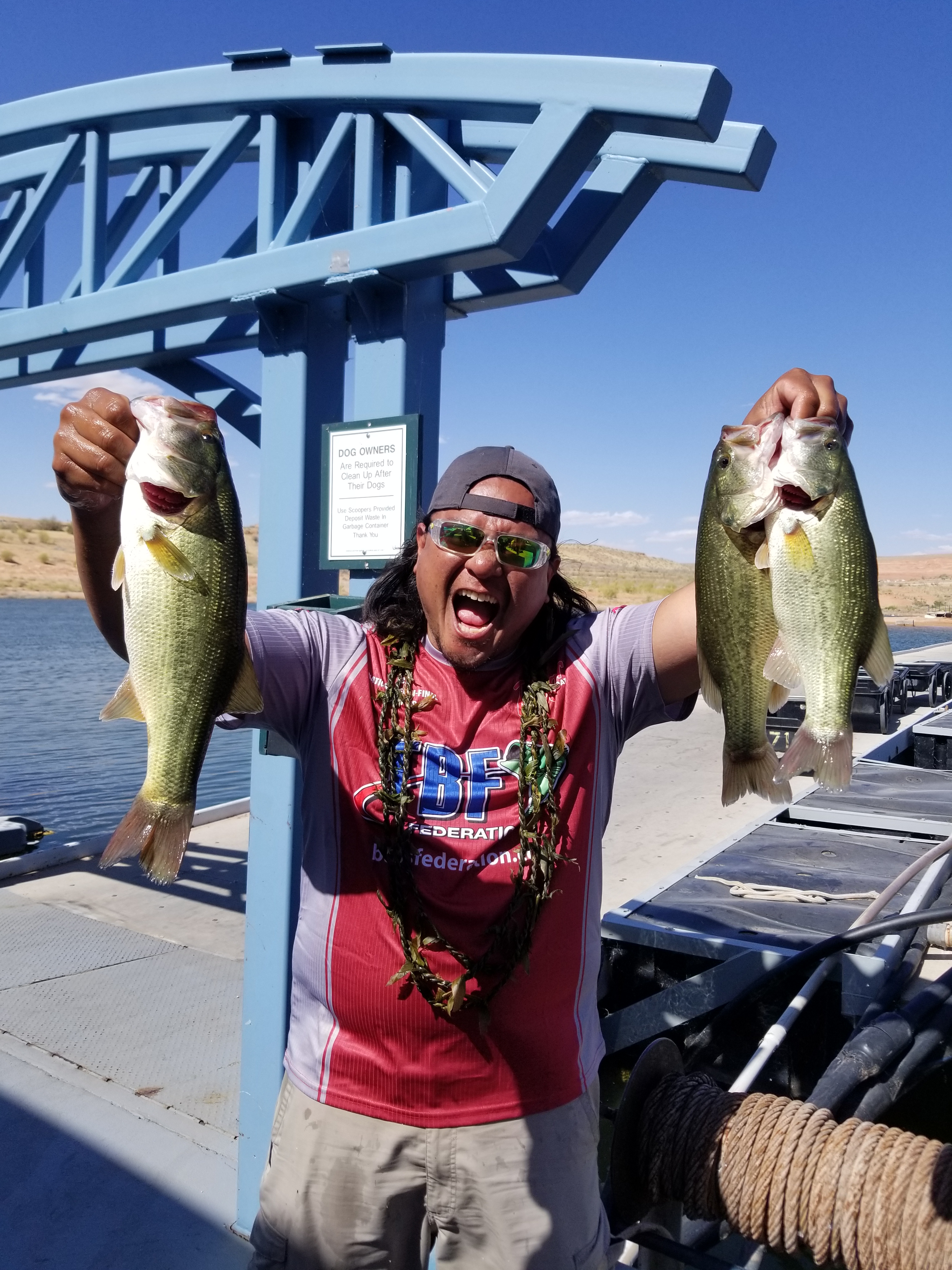 The State Pride overall winner this year was NEVADA. Their Co-Anglers fished extremely well and made up the deficit that the Boaters left them. The NV team was able to edge out the UT team by 3lbs. Final tally was NV-84.06 to UT-80.82. This is the second year in a row the visiting state has handed the home team the loss.