The October 26-27, 2019 Semi-finals for D23 was held at Lake Havasu AZ. This world renowned fishery is known for its feisty population of Largemouth and Smallmouth Bass. Coming into the event were the AZ and CA teams made up of 18 boaters and 18 co-anglers. The weather during pre-fishing was predominantly windy with wind gusts up to 40mph creating tough fishing conditions, however winds calmed during tournament weekend and the weather was beautiful! 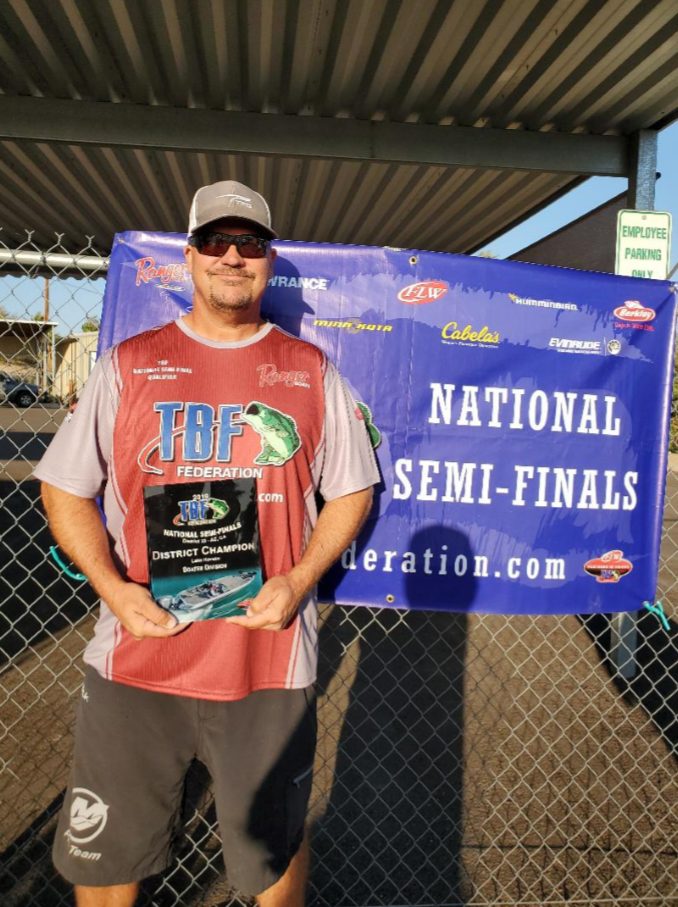 Saturday and Sunday boaters and co-anglers struggled to put limits on the boat. Stand-outs were California boater, Justin Arellano, limiting both days with a combined weight of 25.79lbs with Big- fish bragging rights of 5.57 lbs. While Arizona’s, Stephen Lund, also brought in limits on both days with a combined weight of 26.67lbs to just edge out Arellano and bring home the overall win for boaters. It was just as exciting for the co-angler side. Jason Havstad, California co-angler started out the tournament with the biggest bag for co-anglers at 13.49lbs, in fact, it was the third heaviest bag of day-1 of the tournament for boaters and co-anglers combined. However, day-2 for Jason was a different story, where unfortunately, he was unable to bring in a legal size fish to the scale – Havasu has a 13” minimum. This opened the door for co-angler Kerry Harris of California who was able to add to his first day total with a solid day-2 limit of 11.02lbs bringing his total weight to 16.66lbs and was enough to bring home the win for the co-angler side.

Overall, this was a terrific tournament with the challenges and triumphs that pushed the field of 36 individuals to bring their best game to the table. We look forward to great results at the finals from advancing boaters and co-anglers from our California and Arizona teams, California boater, Justin Arellano, and overall semi-finals winner, California co-angler Kerry Harris, and from Arizona, boater and overall semi-finals winner, Stephen Lund, and Arizona co-angler, Loway Shammas.