Anglers were blessed with nice weather conditions as the rain and stormy conditions forecasted for Sunday never materialized and the fish seemed to be biting as 535 fish were brought to the scales over the two-day event.

Fish numbers were plentiful but finding the quality that Millwood is known for was a challenge. Arkansas boater Blake Wilson certainly solved the puzzle and punched his ticket to the 2020 TBF National Championship.

Blake brought in ten fish weighing a total of 36lbs 8oz. He also had big bass on the boater side for 5lbs 9oz. Blake noted that he had never fished on Lake Millwood prior to this event and located his primary fishing location on Thursday during the official practice period. “I caught a couple 3lb class fish in the area but didn’t want to stick too many in practice, so I was not aware of the potential of it. 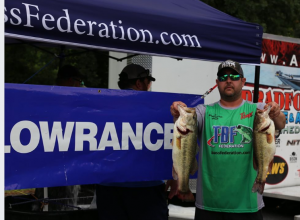 ”Blake indicated that a frog was his main lure and filled in a few fish flipping and with a buzz bait. Blakes’ day two partner Larry Carter took the co-angler victory. 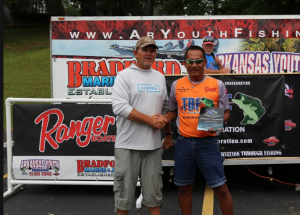 Larry had a two-day total of 20lbs 9oz The Oklahoma angler will represent Oklahoma as a co-angler 2020 TBF National Championship.

Michael Morris was the top Oklahoma Boater with a two-day total of 26lbs 6oz. Michael will be representing Oklahoma in the 2020 TBF National Championship. 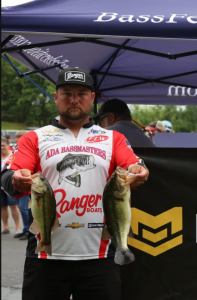 Matt Tucker was the top Arkansas Co-angler with a two-day total of 15lbs 15oz. Matt will represent Arkansas in the 2020 TBF National Championship. 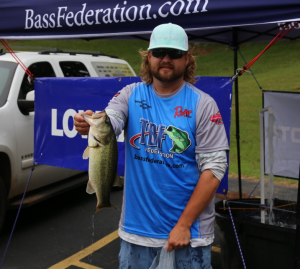