The TBF Semi-Final at LaCrosse was a great success on September 21st and 22nd, 2019. It started off with Registration on Friday, September 20th and a great meal provided by TBF member Jim Jones from Wisconsin. The next two days greeted the fishermen with overcast skies, a little rain and wind and really mild temperatures for the end of September. The 46 teams from Minnesota and Wisconsin fished two days and the fishing was pretty good. 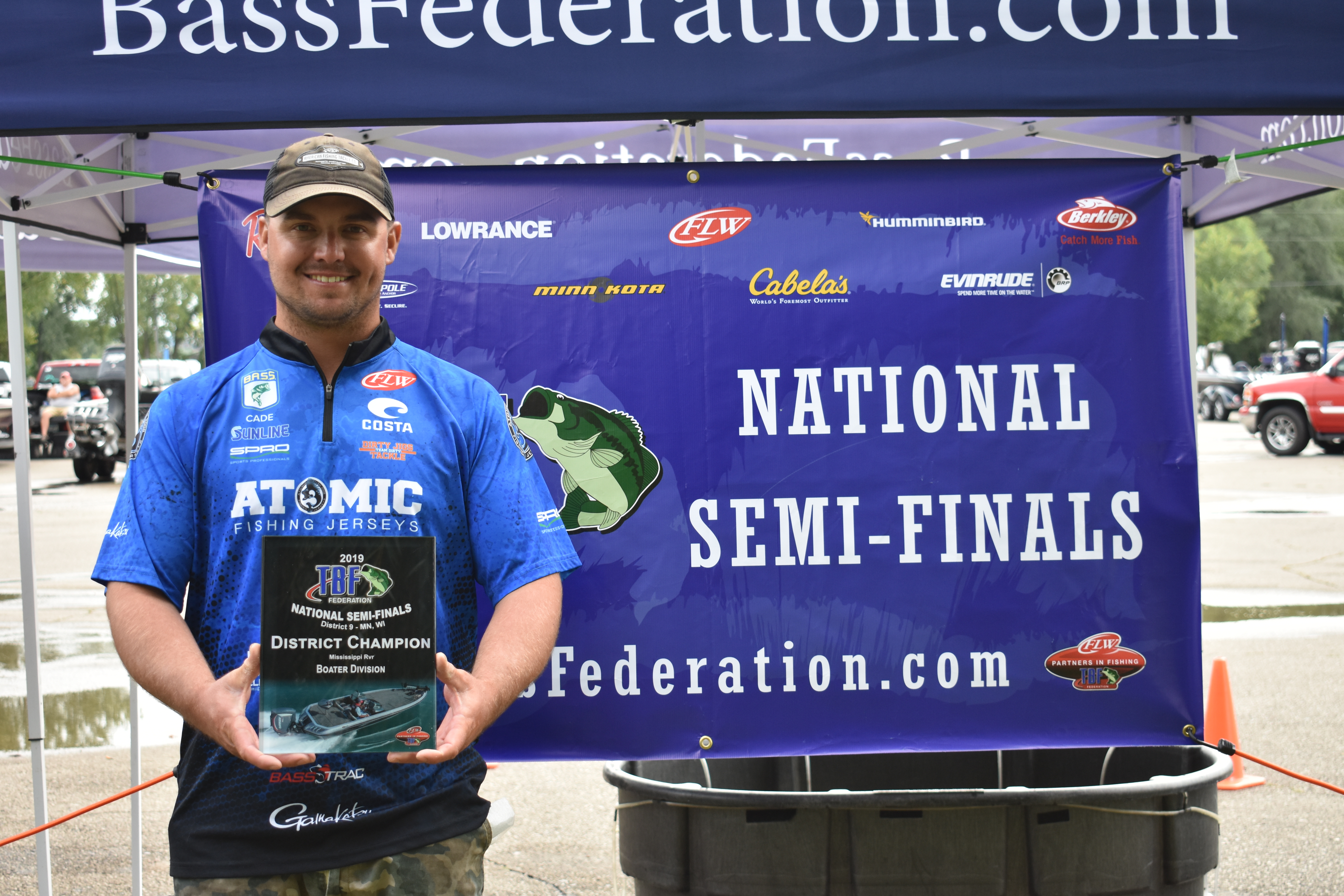 Cade Laufenberg, of Wisconsin, had the most success of anyone. He brought the biggest limit to the scales on both competition days. He won the Boater side with limits of 15-02 and 17-09 for a winning weight of 32-11 pounds. The winning Boater from Minnesota was James Howland who racked up 27-08 pounds during the event. The Co-angler winners from each state were Dave Aldrich from Wisconsin who won the event with 24-12 pounds and Robert Beaman who finished second with 23-13 pounds. All four of these anglers punched their ticket to the upcoming Federation National Championship next spring. 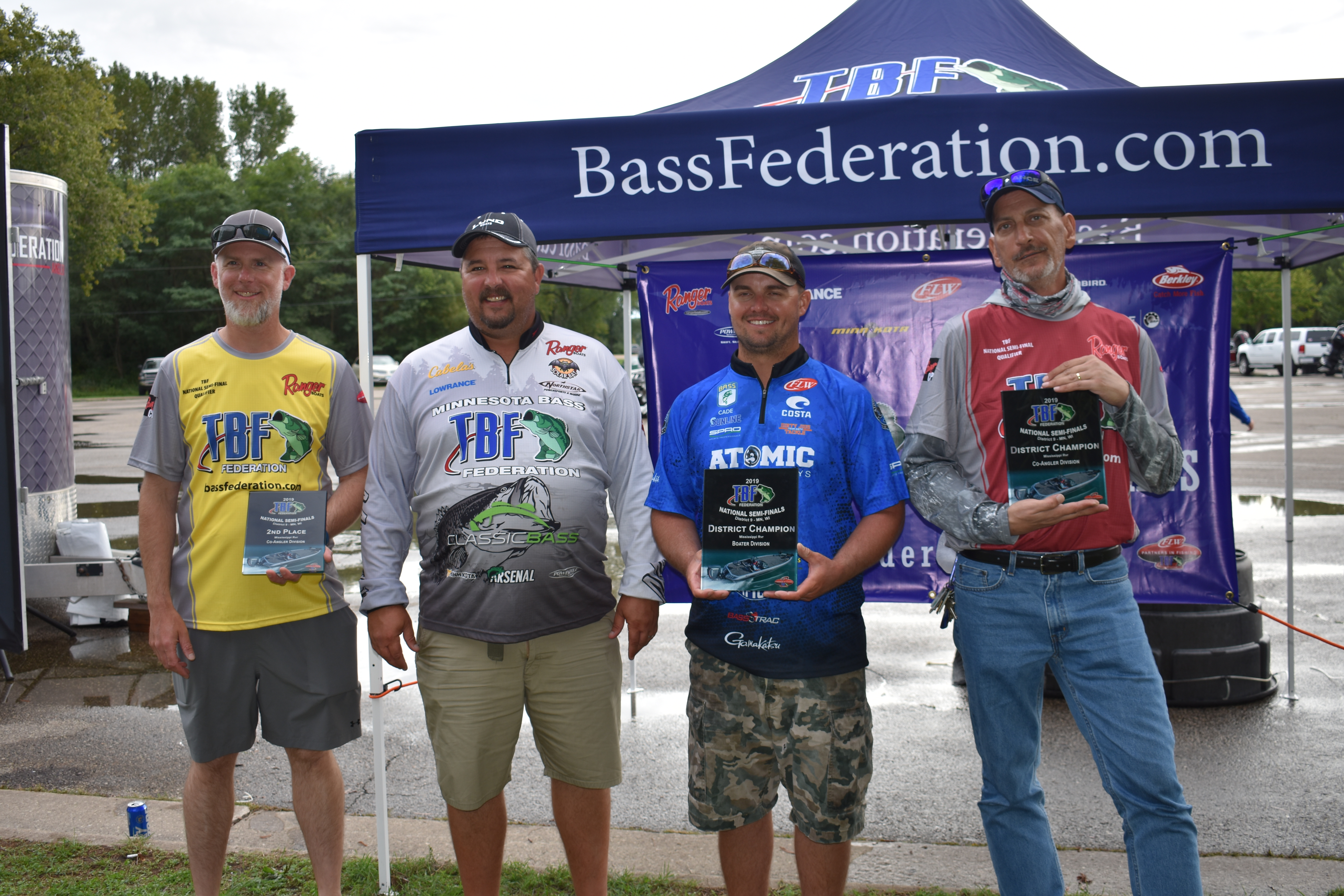 There were numerous limits on both the Boater and Co-angler sides each day. As usual, many different techniques were used to catch their limits. Popular baits were spinnerbaits, frogs, swim jigs, square bill crankbaits and Carolina Rigs. Mike Brueggen of Wisconsin had the overall biggest bass of the event with a nice 4-07 lunker that he caught on day two of the event. 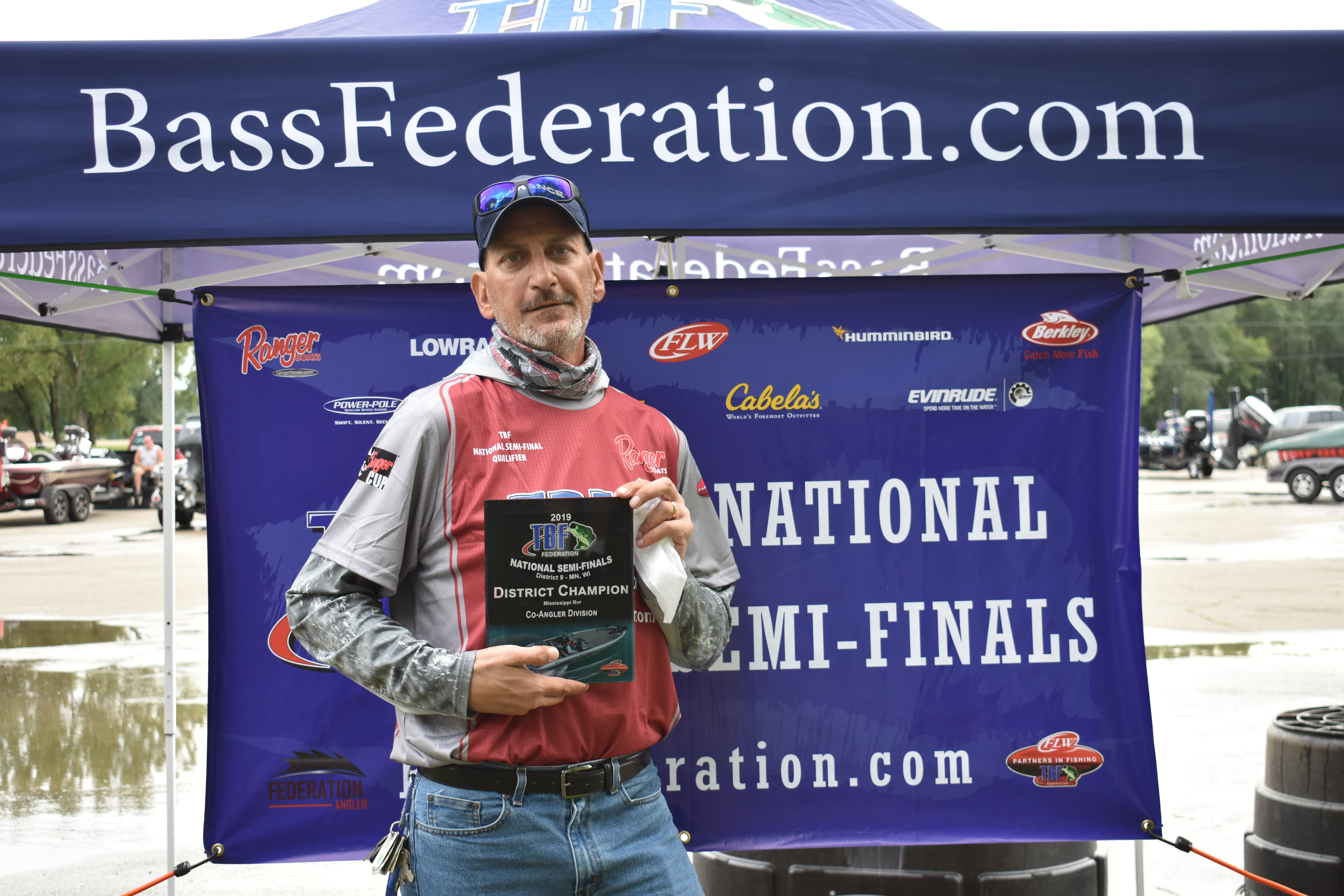 Wisconsin won the Angler pride part of the event and will have bragging rights until next years TBF Semi-Final event that will be held in Minnesota.