GORDON AND GAGNER BRING IT HOME ON THE FINAL DAY OF THE 2015 TBF NATIONAL CHAMPIONSHIP BOTH ANGLERS WIN CASH AND A TBF “LIVING THE DREAM” PACKAGE.

On the final day of the 2015 TBF National Championship approximately 50 volunteers from the local communities around Grand Lake in NE Oklahoma pulled together to construct eleven hundred fish attractors to help improve the habitat of the lake.

“In the last 7 years we have put out over 12,000 of these attractors and we find that it really helps maintain our fish populations in this lake” stated Grand Lake Fisheries Coordinator Brent Davis. The great thing about this project is that our
volunteers get to take as many of these attractors as they want and place them in their favorite fishing spots added Davis. “It ends up being a win-win situation for everyone!

The TBF National Championship as well as the High School National both benefited from this project as the anglers brought in bag after bag of beautiful Grand Lake Bass during the four days of fishing. A countless number of Federation Championship Anglers publicly applauded the GRDA for their efforts in maintaining the always productive fishery. 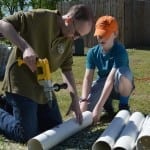 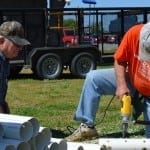 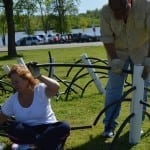