TBF Anglers Stop at Nothing, Fishing for the Dream of a Lifetime on Lake Nickajack; 14 Division Champions Advance

The bite is on and the anglers are hungry fighting for a dream they can almost taste; the 2011 TBF National Champion titles and all the glory will be decided this week on Lake Nickajack in Kimball, Tenn.   The TBF national champion boater will earn the esteemed $100,000 “Living the Dream” prize package, including cash and prizes, fully paid entry fees into the FLW tour, travel funds and use of a wrapped Ranger Boat and Chevrolet truck for the year.  The national champion boater and non-boater will also receive berths in the 2011 Forrest Wood Cup and BFL All-American.  There’s a lot on the line for these state champions and the competition is tight.  Tomorrow, it’s all or nothing, as the final cut will decide the top 14 division champions, seven on the boater and non-boater sides, who will vie for the 2011 Federation National Champion titles.

On top of the leader board is Kenny Beale Jr. from Danville, V.A. with a five bass limit weighing 20lb 7ounces.  Beale honored the Beale family tradition of successful federation anglers, making quite a statement today at his first national contest.  “Fishing comes natural to me so I felt pretty good; I wasn’t really nervous until I got to the weigh-in,” Beale said.  Today was his second day to ever fish Lake Nickajack and it appears he’s found his knack.  “I shook a lot of fish off and I’m glad I did.  I had a limit by about a quarter after eight; we probably caught about 20 keepers,” Beale said.  “I just got lucky, got some nice ones and I hope for the same tomorrow.  I have probably two to four spots with lots of fish coming to them, so I’ll definitely stick with my plan.”  Tomorrow’s weigh-in will decide if he can make the final round to fish for the title.  “I sure do hope so; that’s what we came for.”

Holding down the top spot on the non-boater side is Dennis Hastings from Flower Mound, Texas with a limit of bass weighing 15lb 4ounces.  Hastings partner today was Jesse Woodring from Jupiter, Florida.  “Jesse is a great guy; I wouldn’t be where I’m at today without him,” Hastings said.  Hastings had some trouble with a broken rod early and it almost put a damper on the day.  “It was an interesting day I had a couple of fish early, and the broken rod kinda messed with me.  It was about four hours before I found another fish.”  Four hours without a fish didn’t stop Hastings he retied a lure and pushed on.  “I looked over at Jesse and it was 1:07pm; I said, ‘I’m gonna have a limit by 1:20,’ and I fired it in.  A couple of casts later I was set and it just went on from there.”  The top seven non-boaters from each division will also advance after tomorrow’s weigh-in to fight for the national title and all that comes with it.  “Obviously, to be leading something like this anytime is a great accomplishment; it hasn’t even set in yet.  Hopefully, tomorrow I will be able to find some good ones and get the chance to make it to the next round.”

The tournament field consists of the top two anglers from 45 states, the top two anglers representing the Canadian Bass Anglers Federation and the two BoatUS Collegiate National Champions, all of whom competed at local, state and regional qualifiers to advance to the national contest.  For most, the road to nationals has been a two year process, and for many, it’s been several years of federation fishing to finally make it this far.  Now, they compete to make it all worthwhile. Day two the final cut will be made and the top 14 anglers will advance to compete for the dream of a lifetime at the 2011 Federation National Championship, presented by the National Guard on Lake Nickajack in Kimball, Tenn.

Take-off 6am at Shellmound; weigh-in begins at 3pm

Take offs and weigh-ins are free to the public. 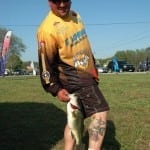 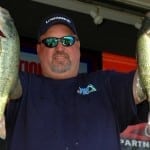 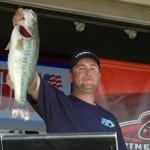 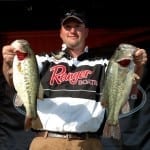 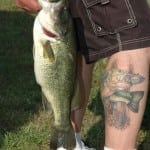