Aug. 11, 2012 – Yesterday’s light rain and cloud cover decided to stick around for the final day of the National Guard Junior World Championship on Lake Lanier near Gainesville, Ga.  Andrew Gulliams of Springfield, MO and Max Danese of Franklin, MA held the top spots in their respected divisions going into the final day, but not overall. The weights were zeroed for a fresh level playing field today. They went out to prove they were in fact the best of the best.  Both Guilliams and Danese received $3,000 in scholarships, and the most esteemed titles in junior angler fishing, the 2012 National Guard Junior World Champions.

Max Danese, age 14 of the Massachusetts Bass Federation and Eastern Division was victorious in the 11-14 age group. He weighed in 2 bass that weighed 6 lbs 12 to win overall. Danese caught a lunker just after the TBF camera boat pulled up that solidified his victory; a largemouth that weighed 5 lbs 2 oz. “My day started off really quick by getting some short fish first thing. I caught my first keeper fishing brush in deep water. Quickly after, I landed the big one,” said Danese. He caught his fish today on a Berkley Gulp Minnow, an awesome choice for the deep dropshot technique that has been popular this week on Lake Lanier. “Winning the National Guard Junior World Championship means the world to me. I look forward to coming back again.” Judging by the smile on his Dad’s face, he is pretty happy, as well as the entire Mass Bass Federation. Max received a $3,000 college scholarship to the school of his choice for his efforts this weekend.

Eighteen year old Andrew Guilliams from Missouri TBF and Central Division, won the 15-18 year old age group with 5 fish that had a net weight of 7 lbs 12 oz. “The first spot I wanted to go already had a boat on it, so I started off somewhere else close and that is where I caught my first keeper on topwater,” said Guilliams.  He weighed in the only 5 fish limit of the day, only the second one of the entire tournament. “The rest of my keepers come off a shaky head in anywhere from 5 to 25 ft. The fish moved deeper as the day went on.” Guilliams, who was also the 2011 Missouri High School Fishing State Champion plans to fish at the college level for Missouri State University, where he will be using his $3,000 scholarship to continue his education. “Winning this tournament is unbelievable; I have been having dreams about this for several weeks now.” You can expect some great things from this young man at the next level. Missouri TBF has been greatly represented this year, having the 2012 BFL All-American winner Brian Maloney, and now the Junior World Champion.

All twelve division winners will receive college scholarships, so not all finalists are going home empty-handed. The final activity for all the junior anglers, they were all introduced on the big bass fishing stage of the Forrest Wood Cup at the Gwinnette Center just before the pros weighed in today. The World Champions were officially crowned and presented with a ‘cup’ of their own by the outdoors legend, Hank Parker.

About The Bass Federation, Inc.

The Bass Federation Inc., (TBF) is owned by those we serve and dedicated to the sport of fishing. TBF is the largest and oldest, organized grassroots fishing organization there is and is 100% member owned. TBF affiliated state federations and their member clubs conduct more than 20,000 fishing, youth and conservation events at the local level each year and have provided a foundation for the entire bass fishing industry for more than 40 years. The Bass Federation is proudly Partners in Fishing with FLW Outdoors.

For information about our partners at FLW outdoors, visit flwoutdooors.com 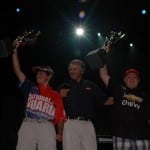 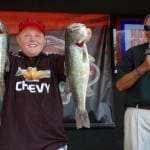 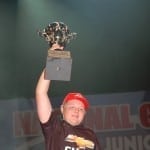 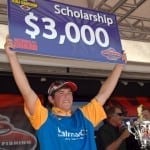 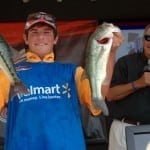 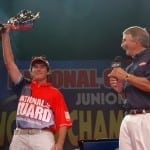