Earn Your Trip To A TBF Championship!

The Bass Federation, (TBF) National Semi-Final program has seen participation more than double across the nation and the 2018 Federation National Championship contenders are about to fight for the fruits of that transition.  A ton of swag during registration, huge prize giveaways and increased payouts and contingencies for the top “Living the Dream” boater and co-angler aren’t the only perks added to this year’s event.   Every contender will receive a payout in the form of cash award or $100 Cabela’s  card.  Excitement is mounting as tomorrow tournament days begin on Lake Bull Shoals in Bull Shoals, Arkansas.

One TBF constant is the incredible support of our sponsors.  FNC contenders practiced today and will compete until the culmination of the live streamed, nationally televised event from brand new Ranger Boats, fully equipped thanks to TBF sponsors at Lowrance, Power Pole, Minn Kota and Evinrude.

Last night, registration kicked off with a walk through of freebies, including FLW, Ranger, Lowrance and Evinrude “stuff”, TBF qualifier long-sleeve shirts and decals, Cabela’s gift cards for all 108 anglers,weigh bags, polarized glasses, Berkley line and baits and more.  On top of that, four lucky anglers were drawn to receive a Minn Kota 80lb thrust trolling motor, a Lowrance CARBON HDS 7 unit, Ranger Boats auto inflate life-jacket and a Humminbird Helix 7  unit.  With all the pre-tournament excitement, one thing remains the same; tomorrow, it’s time to get down to business.

This week the 2018 Federation National Champion boater and co-angler will be crowned.  The winning champion boater will receive the $120,000 “Living the Dream” prize package to include an increased cash prize check, fully paid entry fees on the 2018 FLW Tour as a Pro, travel expense stipends for each event and use of a “Living the Dream” wrapped Ranger boat for the year.  The national champion co-angler will also receive a $30,000 “Living the Dream” prize package with increased payouts and fully paid entry fees into the FLW Series division of choice.

TBF National Championship anglers will compete for berths in two of the sport’s most coveted events – the Forrest Wood Cup and the BFL All-American. The top boater and co-angler from each of the seven TBF divisions will advance to the 2018 BFL All-American. The TBF Federation National Champion boater will also advance to the world championship of bass fishing, the 2018 Forrest Wood Cup for a shot at winning the biggest payday in bass fishing.

Coverage of the TBF National Championship will be broadcast in high-definition on the Pursuit Channel and streamed live on bassfederation.com.  Photos of the event, updates, plus live videos will also be posted on The Bass Federation’s Facebook page.

For more information about The Bass Federation, visit bassfederation.com or call 580-765-9031. 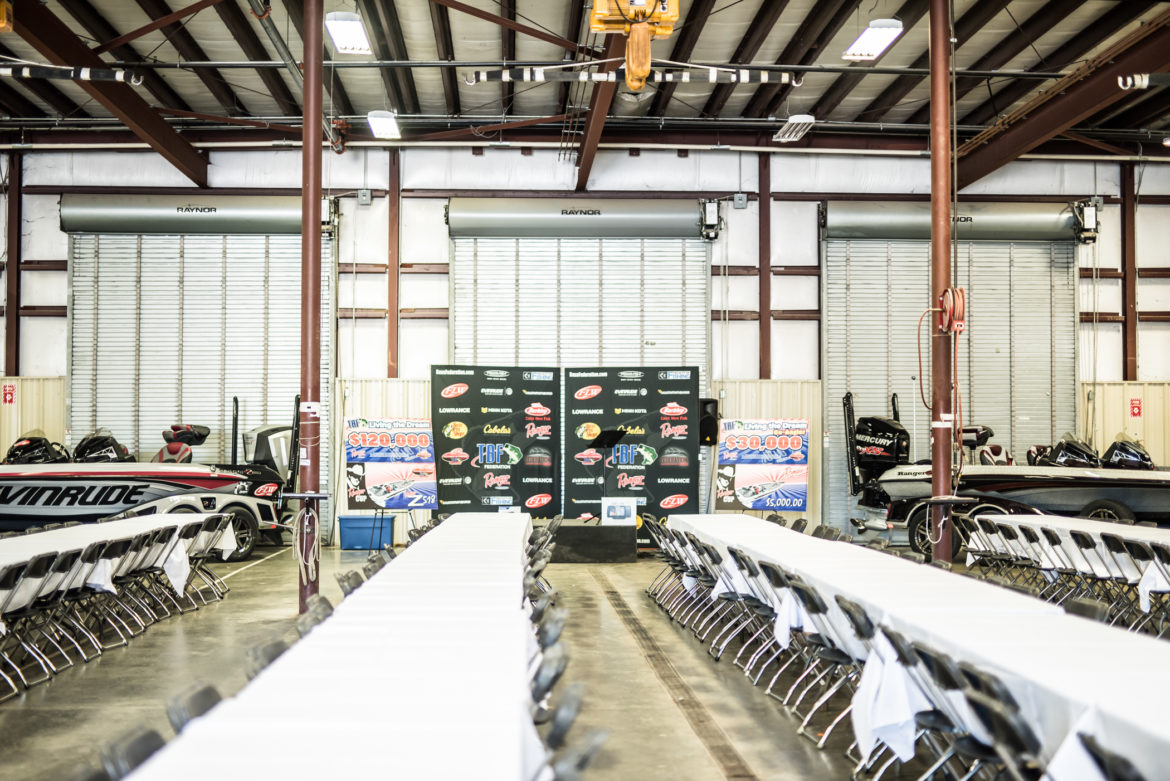