TBF National Semi-Final Champions are on the hunt this week for all the glory.  As day one wrapped up, several anglers came up short but seemed optimistic with what tomorrow will bring.  Dramatic shifts in weather have stalled the bite and a host of pre-spawning bass.  Anglers have continued to grind it out and switch up strategies, which have been a key pieces to the puzzle.  Tomorrow, weather will again change to bring a storm system moving in with high winds and rain, which will undoubtedly change the outcomes for many, hopefully for the best.

Cody Huddleston of West Virginia representing the Mid-Atlantic division was among the few to land a limit of bass today.  Huddleston brought 15 lbs 9 ounces to the scales on his national championship debut.

“I couldn’t ask for anything better.  Leading after day one the national championship and I’m thrilled to be here; hope I can do it tomorrow and move on to the last day for the $120,000,” Huddleston said.

“I had a really good practice caught a lot fish even with the 28 degree weather we had one morning.  The lake, it’s got big fish and they’re pre-spawning; next week this lake will be plum full.  I mean it’s just luck of the draw.  We just got a tough week but a lot of that is the weather.  There’s still big fish out there and some will be caught tomorrow.  It’s early April fishing; I mean they had snow here Monday.”

Huddleston, by random draw, was the last boat out this morning and by then, a spot that treated him well in practice was already too crowded.  So, tomorrow his boat will be first out.

“I’ll do the same thing tomorrow except I’ll hit my number one spot early and, hopefully, get an early morning bite,” Huddleston continued.  “I’ve just burnt a lot of banks up.  Cast a reel, cast a reel.  Covered as much water as I could to get five bites; it worked out.”

Water levels have been dropping on Bull Shoals Lake since practice started this week and with more changes in the weather coming, the whole game will change out there.  Huddleston said the wind has really been helping his bite out but the dropping lake levels have hurt.  So, he’s hoping the changes won’t affect his lead. 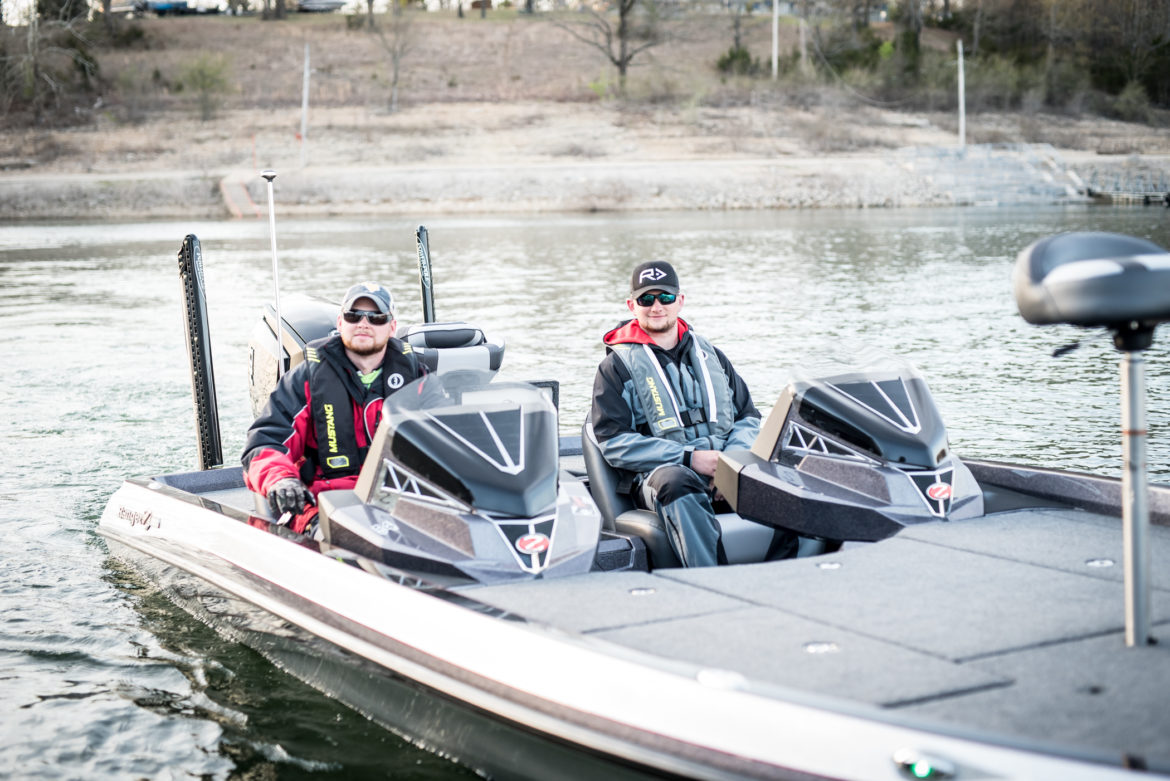 Although, this is Huddleston’s first appearance at the Federation National Championship he has been fishing from a young age.  TBF youth and high school programs weren’t as prevalent as they are now and so he joined the TBF adult program when he was 16.

“I grew up right beside a boat ramp and would go out, 9-10 years old, and stand and hope someone would come take me along.  The junior program just wasn’t as big. It’s blowing up now, which I think is awesome and a really important thing – to get these kids fishing.  Now, I’m leading on day one of the national championship.  Really is a dream come true.”

Rounding out the top 5:

Coverage of the TBF National Championship will be broadcast in high-definition on the Pursuit Channel and streamed live on bassfederation.com.  Photos of the event, updates, plus live videos will also be posted on The Bass Federation’s Facebook page.

For more information about The Bass Federation, visit bassfederation.com or call 580-765-9031.