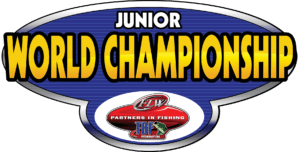 The 2019 JWC will include a two-person team format; an added day of competition to include two days of competition, and a third and final cut day by TBF division. Teams will fish out of their own boats using their own boat captains. The age group to include all anglers is under 15 years old as of August 31, 2019. The new program changes, which were very popular with anglers and their families in 2018, are the result of a vote by the state presidents in 2017.

Besides all the excitement of the competition, an added benefit of the North Little Rock area is proximity to amenities. The JWC boat yard and weigh-ins will be near Wyndham Riverfront, the riverside host hotel; anglers can stock up at a large Bass Pro Shops, and North Little Rock is close enough to attend the Forrest Wood Cup expo and Weigh-ins at Hot Springs after the juniors weigh in. Family, state presidents and state federation officers will also appreciate the Clinton National Airport.

“We’re happy to be returning to the state of Arkansas and to the North Little Rock area specifically. We received some feedback from multiple families last year that a close airport would benefit moms, dads and other family who would like to fly in to watch their kids weigh-in but cannot drive and stay all week long. Additionally, we hold our annual state federation leadership meetings with all the state federation officers at this event and many of them fly in. With excellent fishing on the Arkansas River in August, North Little Rock fits the bill to a tee,” TBF President and CEO Robert Cartlidge said. “The Junior program was started in 1994 by four of our state federations and truly has grown into a program that cultivates the future of our sport and is dedicated to young anglers discovering their love for fishing and the great outdoors. The best of the best will be there.”

Many of today’s top anglers started in the TBF Junior World Championship circle when they were young.  A few notable examples are; Jacob Wheeler (IN) fished the 2006 JWC; Shane Lehew (NC) won the 2007 JWC, and recent 2017 Forrest Wood Cup winner Justin Atkins (MS) fished the 2008 JWC.

For more information about JWC rules, results and past winners, visit www.BassFederation.com.

About The Bass Federation

The Bass Federation Inc., (TBF) is a member of the Freshwater Fishing Hall of Fame. TBF is owned by those we serve and dedicated to the sport of fishing. The Federation is the largest and oldest, organized grassroots fishing, youth and conservation organization there is. TBF, our affiliated state federations and their member clubs conduct more than 20,000 events each year and have provided a foundation for the entire bass fishing industry for nearly 50 years. TBF founded the Student Angler Federation and the National High School Fishing program in 2008 to promote clean family fun and education through fishing. Visit bassfederation.com or highschoolfishing.org and “LIKE US” on Facebook.