The 2020 TBF District 9 National Semi Final was held September 26 and 27 at Hiawatha Beach Resort on Leech Lake in Walker, MN.  At 111,527 acres, Leech is the third largest in-land lake in the Land of 10,000.  Mainly sought out for its walleye, perch and muskie fishing, the bass fishing is often overlooked on Leech.  But with expansive wild rice beds and other emerging aquatic vegetation found in the large shallow bays like Boy, Steamboat, Sucker and Headquarters, Leech boasts a generous population of Largemouth Bass.  Here, 20+ pound five-fish limits are not uncommon.

If you have ever fished Lake Okeechobee, you might call Leech its northern cousin.  While Leech does offer an emerging population of quality Smallmouth bass, they are considered a secondary species here.  In Minnesota, Smallmouth are limited to catch-and-release only beginning in early September, so anglers were limited to bringing only Largemouth to the scales.

The top anglers from Minnesota and Wisconsin met here with berths to advance to the 2021 TBF National Championship at stake.  Anglers faced ever changing weather during both days of competition including mostly rain, some sun, clouds and constant changing winds from calm to 20 mph+.  Locals claimed the lake “fished tough” as anglers seemingly found bass still in a transitional stage migrating from summer holes into their fall/wintering areas. 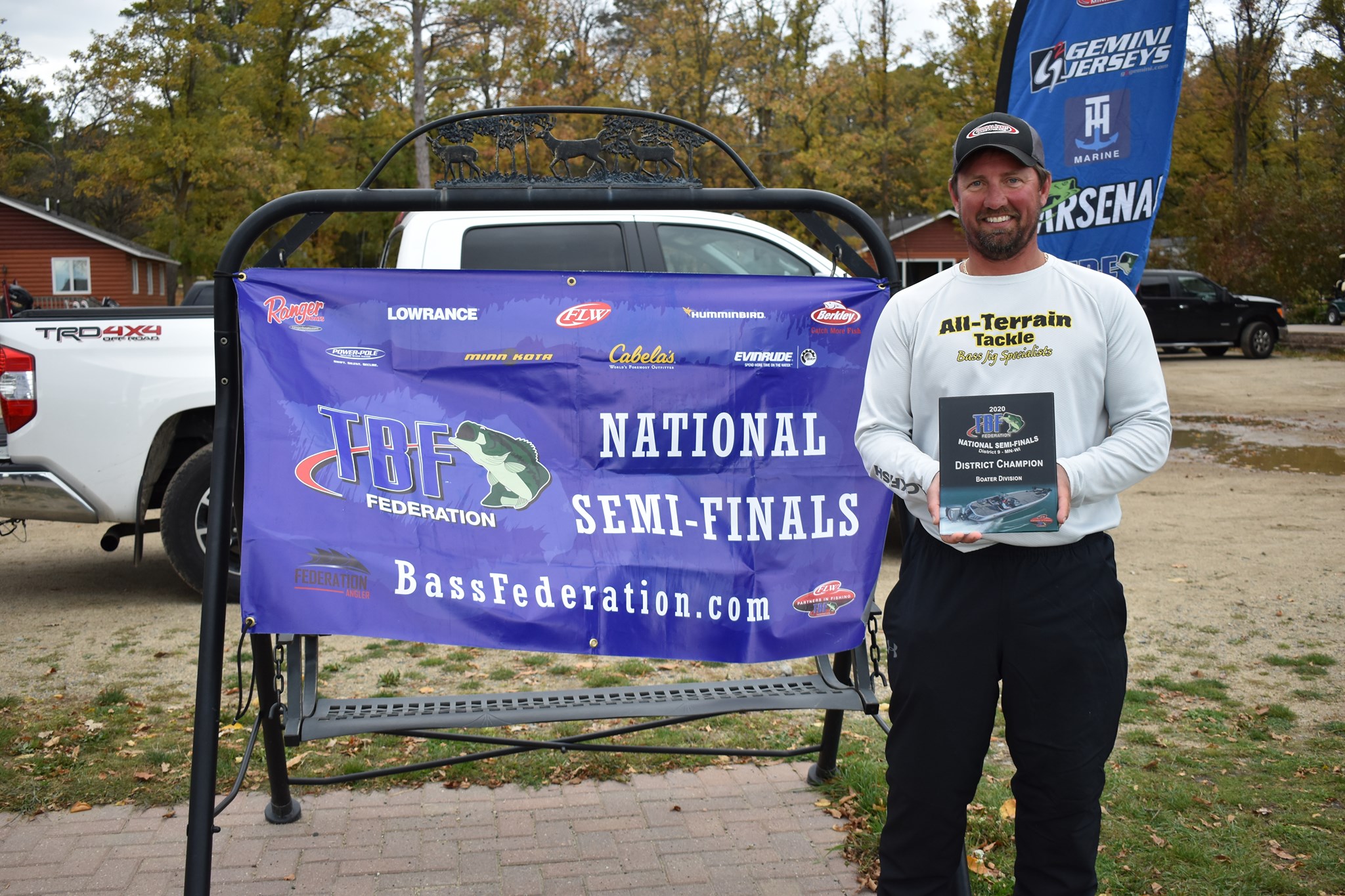 Tyler Bahr of Minnesota won the co-angler champion title sacking 28.48 pounds over both days.  Bahr caught most of his fish on a Juice Baits 5” Stick around lily pads, rice, and other shallow cover. Max Stawinoga of Wisconsin took second place overall with 27 pounds 9 ounces and will join Bahr advancing to the TBF National Championship. 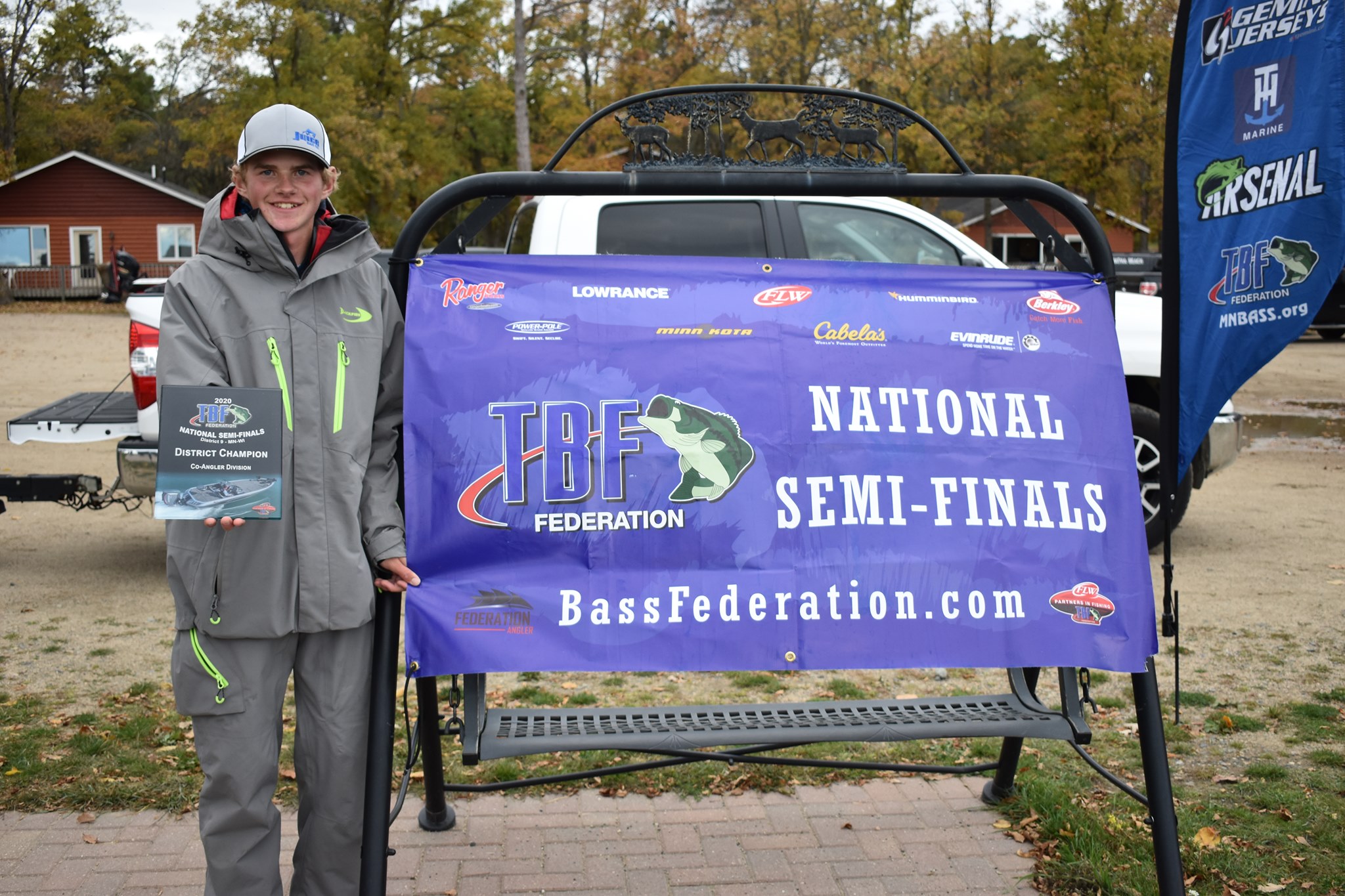