Russell, Ks: Fifty-four anglers representing the Kansas and Missouri Bass Federations converged on Wilson Lake in central Kansas the weekend of 2-3 October 2021 to compete in The Bass Federation District 7 National Semifinals tournament. Anglers were competing for cash payouts and the right to advance to The Bass Federation 2022 National Championship tournament. When the smoke cleared from a very competitive event six Kansas anglers stood atop the leader board. Chris Brimager’s two-day total of 30.76 nudged out Chad Schmidt’s two-day total of 30.72 by .04 of a pound to take top honors and advance him to the national semifinals. Chris’s major day-two pattern adjustment from shallow moving baits to deep dragging paid off with the win. Brad Tyer finished seventh overall with 21.93 topping Missouri’s Brian Maloney by a little over a pound to qualify for the national championship. This is Chris’s and Brad’s first national championship qualification. 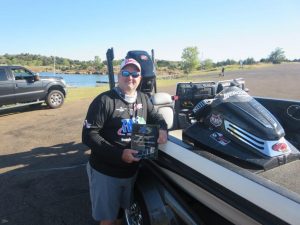 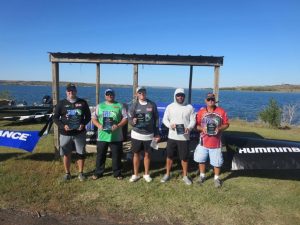 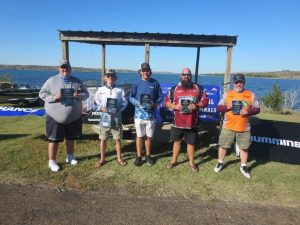 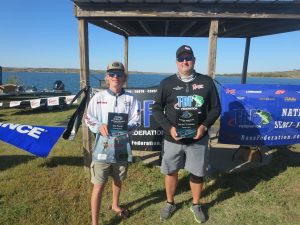 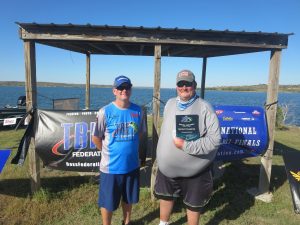