Adjusting to new and changing conditions is often what separates the best anglers from the rest of the field and TBF District 7’s visit to Stockton Lake in the Ozark hills of Missouri was no exception.  A loaded field of 26 boaters and co-anglers had years of combined experience on this body of water, yet early fall water levels 7 feet below normal pool created an unfamiliar challenge for the anglers.  Participants that were used to running up one of the 3 river arms to find fresh fish were restrained by low water that made common summer runs extremely treacherous.  Compounding this challenge was the fact that warm fall temperatures had delayed the migration of shad to the backs of the creeks making the river bite unproductive. This concentrated the anglers to the main lake and limiting productive patterns available to the anglers. The remaining main lake bite was also abnormal with water levels making brush piles unproductive and putting other typical fall cover out of the water.

While the water conditions were a challenge the weather cooperated with consistent dry conditions and sunny skies for both practice and tournament days.  Highs for each day were in the low 80’s with morning lows around 50 degrees.  Winds were light and variable allowing water temps to cool off steadily from around 73 on the first day of practice to about 69 degrees on the final Sunday.  The lack of recent rain also provided good water clarity with 1–3-foot visibility around the lake.

The tournament started with Saturday’s low in the low 50’s and very light winds from the NNE.  A hazy sunrise caused by light fog greeted the boaters on their way to their first spot.  Day 1 boater results showed Brian Maloney of Missouri in first place with 5 fish for 14.04 pounds followed by Hunter Baird (Kansas) at 13.49 and Larry Stoafer (Kansas) with 11.25.  Attesting to the tough water conditions only 8 limits were weighed but Brian was able to land a 5.04-pound kicker to take home the big bass pot for the boaters. 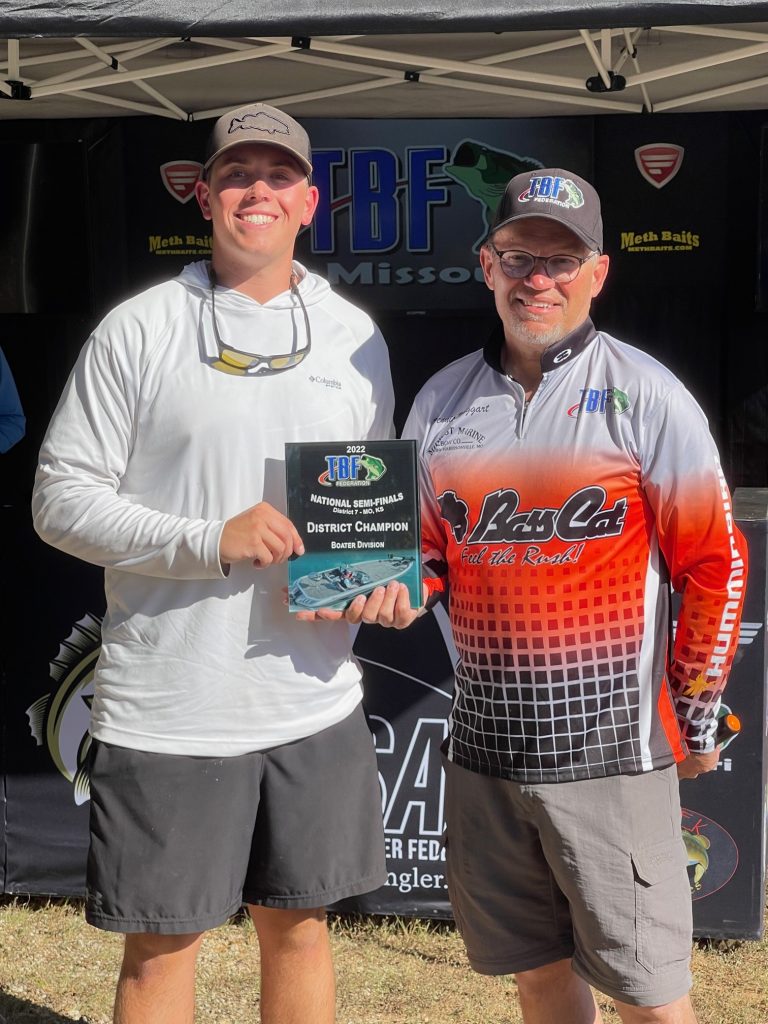 Sunday dawned with light winds again that picked up only slightly throughout the day. Finishing out the 2-day event on top was Hunter Baird of Kansas with 10 fish for 24.77.  Hunter is one of our best young anglers and used a shad pattern to boat limits each day.  He followed the shad to the back of windy pockets hitting lots of spots each day with a combination of top water baits and plastic creature baits.  He would like to thank his sponsors Texoma Tackle, Whitetail Properties, Mesu Fishing and Jewel Baits. 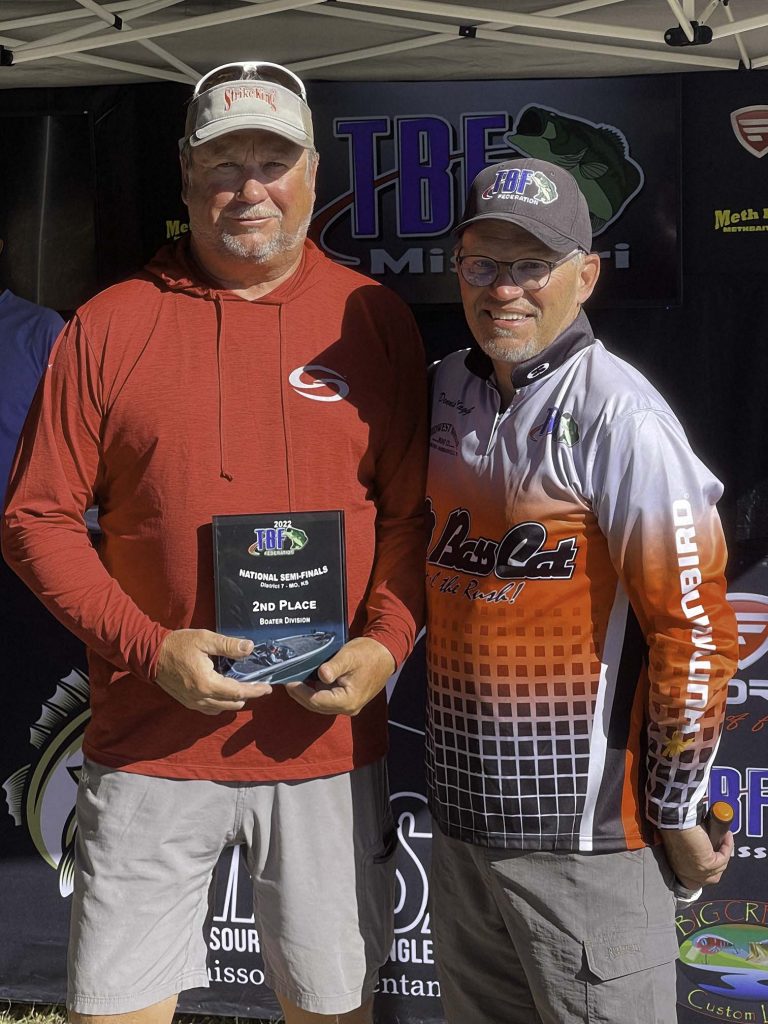 Finishing second overall and first in the Missouri division on the boater side was one of our most decorated anglers, Brian Maloney.  As a past champion of the BFL All-American and multiple TBF National Final qualifier it was inevitable that he would be a top contender in this event.  He boated multiple keepers each day and culled his sack up to a total of 23.03 pounds.  He used a combination of top water baits early to fill his limit then reverted to his trusty jig to add weight and cement his trip to the 2023 TBF National Championship. Robert Hime led the final day results with 13.02 but it was not enough to crack the top 5 even with his big bass of 4.33 pounds.

Rounding out the top boater finishers were Larry Stoafer (Kansas) 21.58, Craig Wolf (Kansas) 19.95 and Craig Torkleson (Kansas) 18.71 and Jeremey Montgomery (Kansas) 17.85.  Each angler used a combination of top water baits, jigs and soft plastics to boat their limits.  Other anglers having strong finishes were Robert Hime with a final day limit of 13.02, anchored by the big bass of 4.33 pounds. 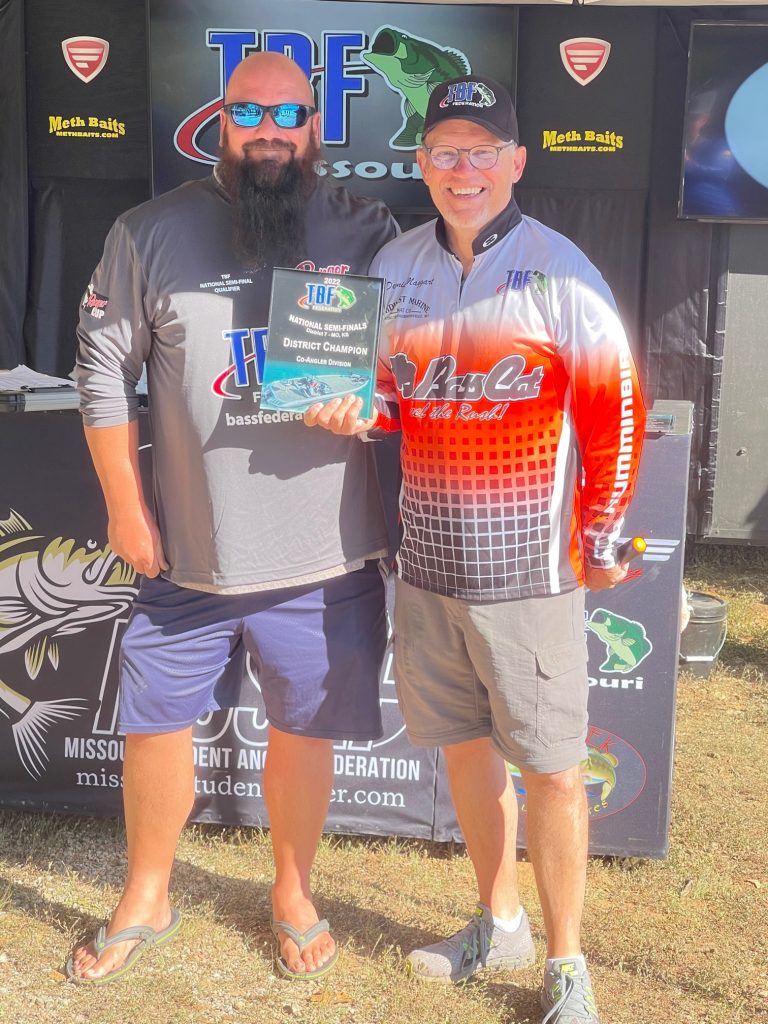 Co-anglers face a difficult challenge in these events with varying patterns and a tough bite adding to the normal challenge. This year’s event also included a loaded field of strong anglers including several divisional and national qualifiers.  Day one co-anglers were led by John Kelley (Missouri) with 13.33 pounds, Don Glick (Kansas) at 7.96; Billy Ray (Missouri) with 6.03. John also landed the big bass on the co-angler side out of a brush pile that weighed 4.97.  While some angler’s bites faded, Billy Ray found a way to hold on with a strong day 2 ending with a total of 17.84.  Billy had an amazing year, winning both the Missouri TBF Co-Angler of the Year along with the state’s qualifying slot for the 2023 TBF National Semi-Final.  He would like to acknowledge the great boaters he had (Larry Stoafer and Hunter Baird) that put him in position to use both a top-water bait and shaky head to land his keepers. 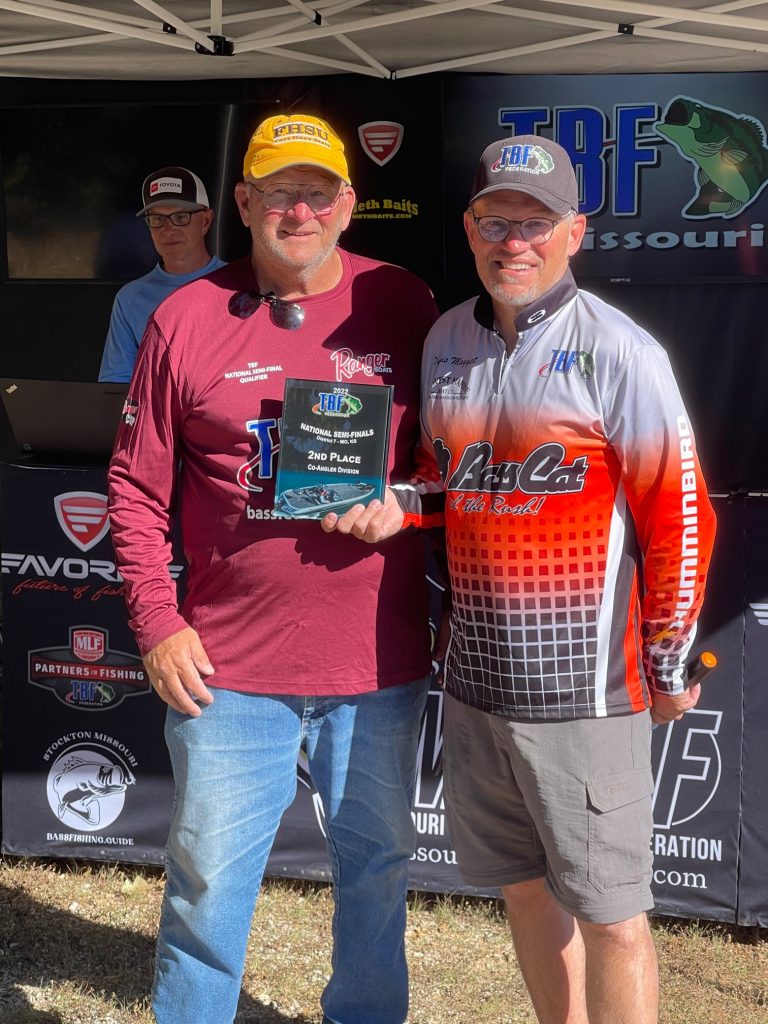 Finishing second overall and first in the Kansas division was Don Glick who boated 8 keepers for a total of 16.23. Finishing 3rd overall was one of Missouri’s newest anglers (High School Anglers) Brent Ryan with 13.36.  Rounding out the top 5 were John Kelley (Missouri) with 13.33 and Paul Huse (Missouri) with 9.21.  Each of these anglers showed amazing adaptability, fishing tough conditions behind some of the best anglers in the Ozark area.

The Missouri TBF would like to thank all the participants for their cooperation and support at this event.  We would also like to thank our event venue, Orleans Trail Resort, who provided a great meeting location and lodging but also a fantastic meal for the attendees on Friday night.  We also appreciate the support of our sponsors Ranger Boats, Humminbird, Lowrance, Minn Kota, Bass Pro Shops, Cabelas, Strike King, Lews and Wholesale Batteries.  Finally, we would like to thank the anglers and their families who support the Missouri TBF and the Kansas TBF.  We were specifically encouraged by the young anglers that attended this event along with the Missouri TBF Junior Anglers who held their fall event in conjunction with the TBF National Semi-Final. The sportsmanship shown by the participants set a great example for these new participants and goes a long way to helping both the Missouri and Kansas TBF continue to grow. 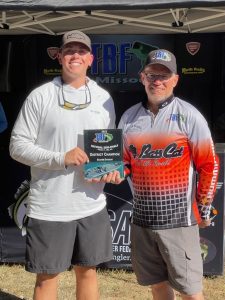 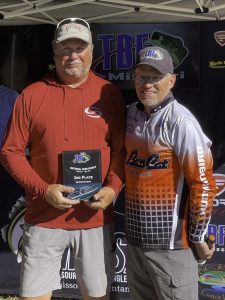 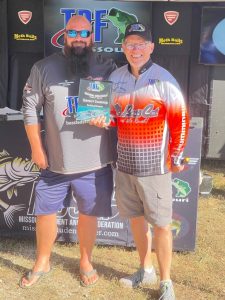 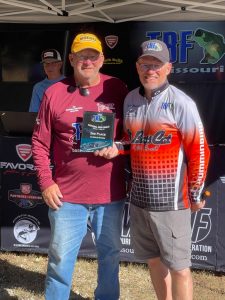 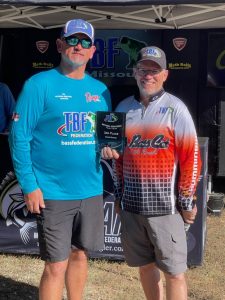 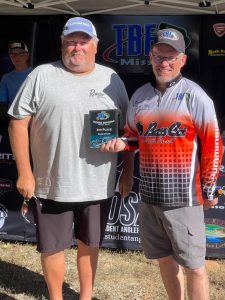 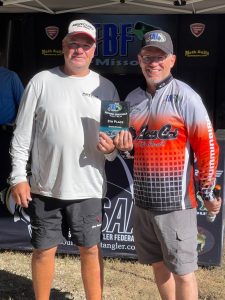 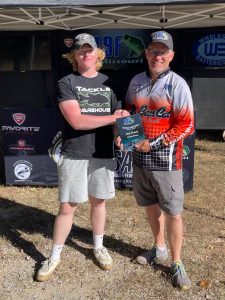 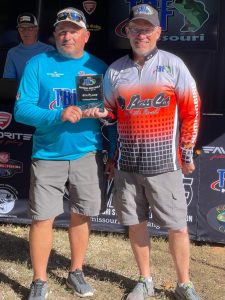 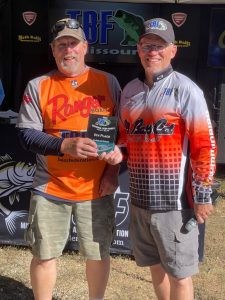 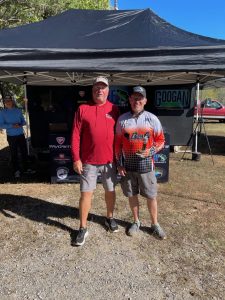 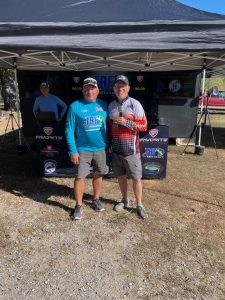 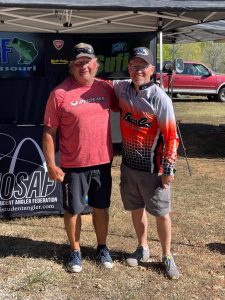 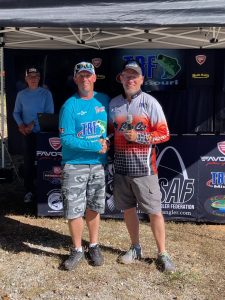