Yesterday’s blue-bird skies were long gone today as a strong cloud cover, temperature drop, and spike in humidity took over on the final day of the 2011 National Guard Junior World Championship on DeGray Lake presented by the National Guard.   Nicholas Deering and Derek Davis held the top spots in their respected divisions going into the final day but not overall.  Today, they went out to prove they were in fact the best of the best.  Both Deering and Davis received $3,000 in scholarships, a $1,000 Berkley Sponsorship offer, and the most esteemed titles in youth fishing, the 2011 National Guard Junior World Champions.

Nicholas Deering from Portland, Maine caught a limit of bass today weighing 12lbs 4ounces.  Deering represents the TBF Eastern Youth Division and the 15-18 age group.  “A bunch is going through my  mind right now but first off I want to say thanks to my boat captain, Jason, without him I wouldn’t be this far right now,”  Deering said.  “I just had an awesome day everything went right for me.”  It started rough for him early but he finally started hooking up around 9:30.  “It just all happened from there.  We were just hookin’ up with them left and right, the camera boats were all filming us it was a great experience; I don’t even know where to begin.”

This is Deering’s second visit to the National Guard Junior World Championship with a second top 12 finish.  “Last year I made it to day two but I zeroed out the second day; it was really tough.”  This week Deering found fish and knew he had a good shot at taking home that trophy.  “I was pretty nervous last night but I knew I was on fish so I was pretty confident I could come in with a bigger bag today.”  Deering had a limit by 10:30am fishing in the same spot and managing to cull a couple topwater fishing in about 20-30ft of water.  “I caught the big one on a zoom fluke; he chomped that thing up.  I threw it into a school and they all split up, that’s when I hooked the big one.”  Deering is also eligible for the $1,000 Berkley Sponsorship offer with his win today and his promotion of our sponsors at Berkley.  “I want to say thanks to Berkley.  I used some of their baits this week and their equipment really

pulled through for me today.”  Deering gave a lot of credit to his boat captain, Jason, for helping him out there the first day.  “I just want to congratulate him for winning the championship,” Jason said.  “I had a fun day out there with him on the water; he’s a good kid and I hope, I know he’ll do good on in the future.”

The 2011 National Guard Junior World Champion in the 11-14 age bracket was Derek Davis from Clinton, Utah.  Davis caught four fish today for a total weight of 10lbs 13ounces.  Davis represents the TBF Western Youth Division.  Davis was leading in the Western Division coming into the final day of competition but stood at second in the overall standings.  Today, Davis went out there and “played in the rain” with his nearly 11lb sack to inch pass the second place finisher less than a pound away.  He is also eligible for a $1,000 Berkley Sponsorship through his win and promotion of our sponsors at Berkley.

TBF and FLW Outdoors would like to thank Arkadelphia and Caddo Valley, our local volunteers, parents and families, and all our 41 boat captains, sponsors and especially the National Guard for namesaking the most prestigious youth tournament in the U.S. the 2011 National Guard Junior World Championship. 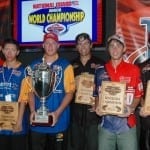 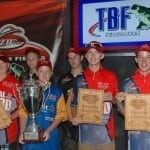 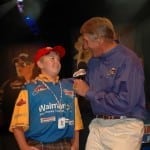 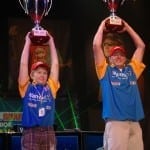 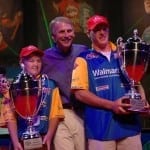 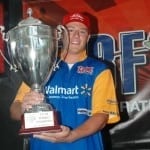 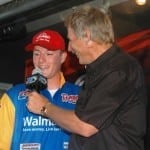 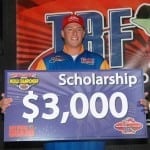 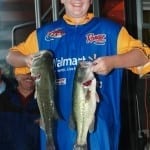 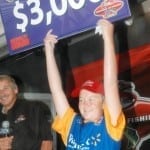 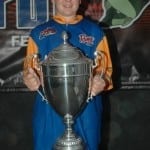 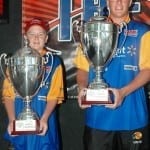