The Nanticoke and Wicomico Rivers were being stingy with giving up their limits and lunker especially on day one of the September 28 and 29 National Semi-Final. A small cold front had moved in the week before and the fish developed a little lock jaw. Day two was a little different with a few more fish being caught and some of the big ones must have gotten a little hungry. Tide charts were somewhat skewed and the anglers had to pay attention to the water flow to hit their spots on their perceived prime tide. 31 Boaters had a great day with good water conditions and light winds to hold down the chop.

Leading the Tournament on the Boater side day one was Delaware’s Greg Alexander with 11.62 pounds, with Maryland’s Co-angler Dwayne Smith limiting with 8.05 pounds. Day 2 would bring a change to the standings with Delaware’s Boater Rodney Oberdick weighing in a limit of 13.85 pounds. Oberdick’s total of 22.61 pounds bested Alexander’s 22.49 pounds by .12 or 1.92 ounce. On the Co-Angler side Maryland’s Andrew Wiley came out on top with 15.31 pounds topping Smith’s total of 14.74 by .57 or 9.12 ounces. Lunkers for the Tournament are Oberdick’s 5.53 and Dwayne Smith’s 3.79. A total of 387 fish for a total of 631.18 pounds were caught with 385 fish being returned to the Nanticoke waters. 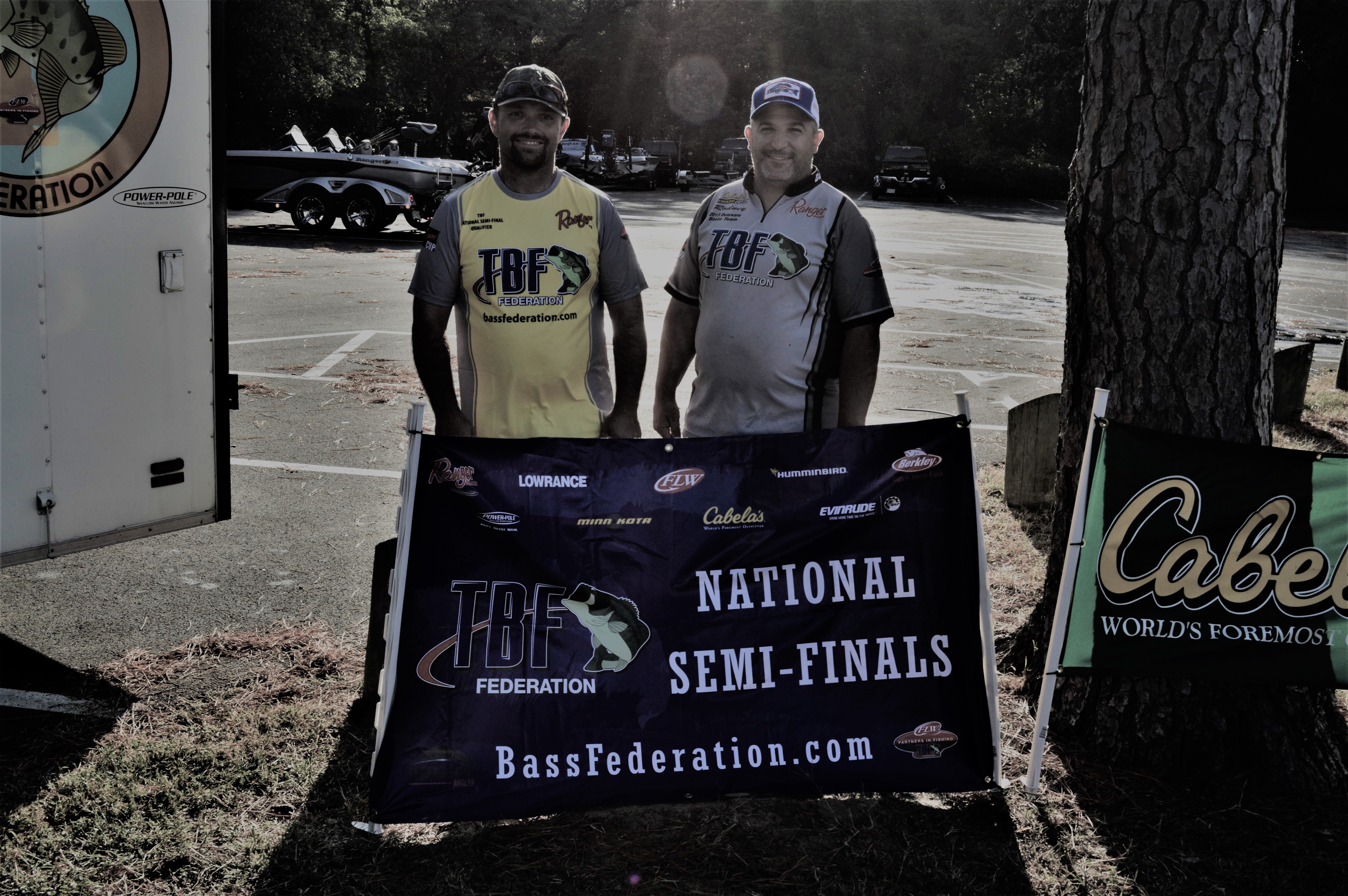 Headed to the National Championship from Delaware are left Co-Angler Roger Shirkey Jr.
And right National Semi-final Tournament Champion on the boaters side Rodney Oberdick. 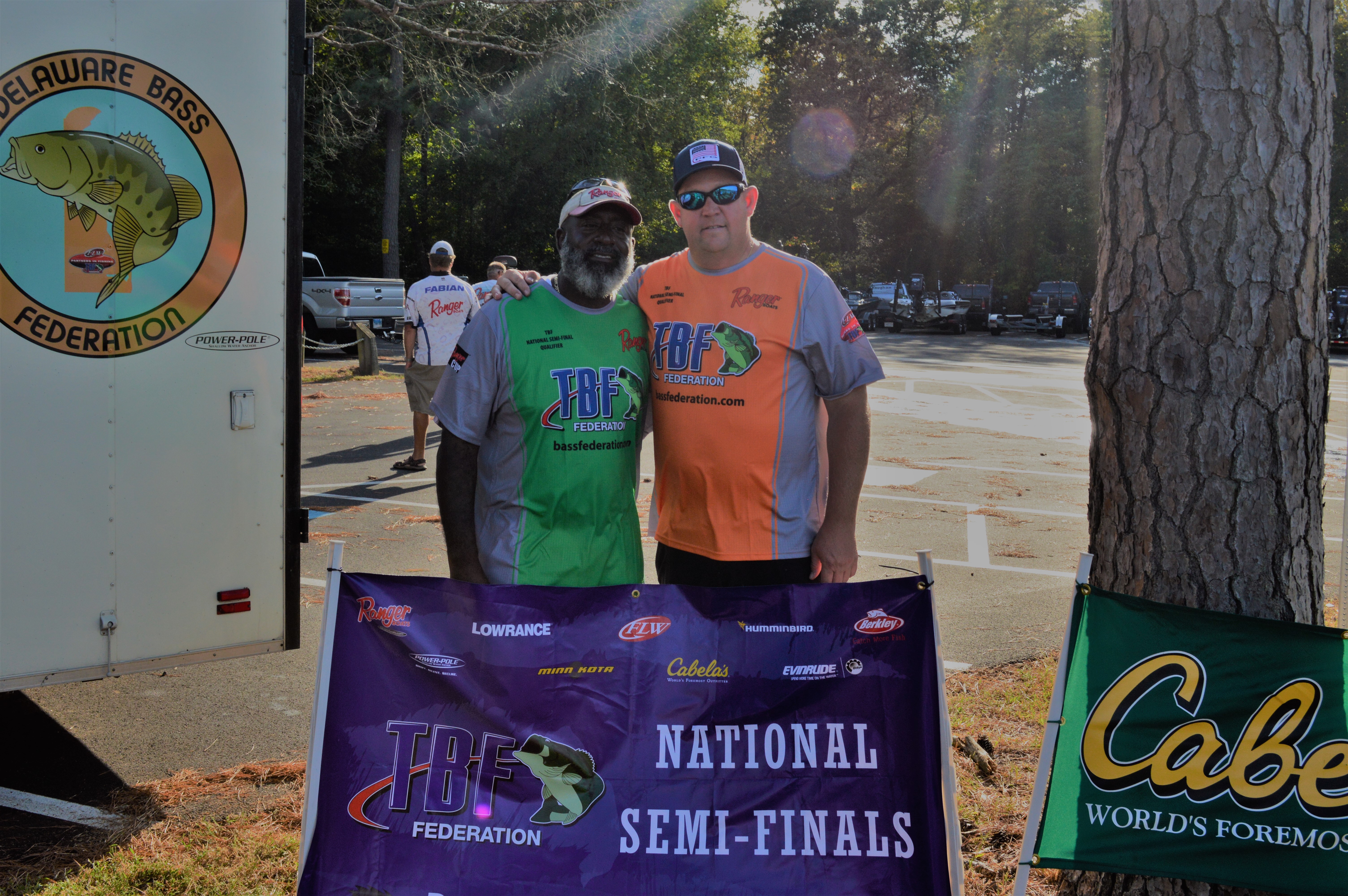 DC’s Top boater (left) Bill Easter, brought in his total weight of 18.23 pounds to win a birth to the National Championship. On the Right is DC Co-Angler John Wiseman who weighed in 12.98 pounds to secure his position. 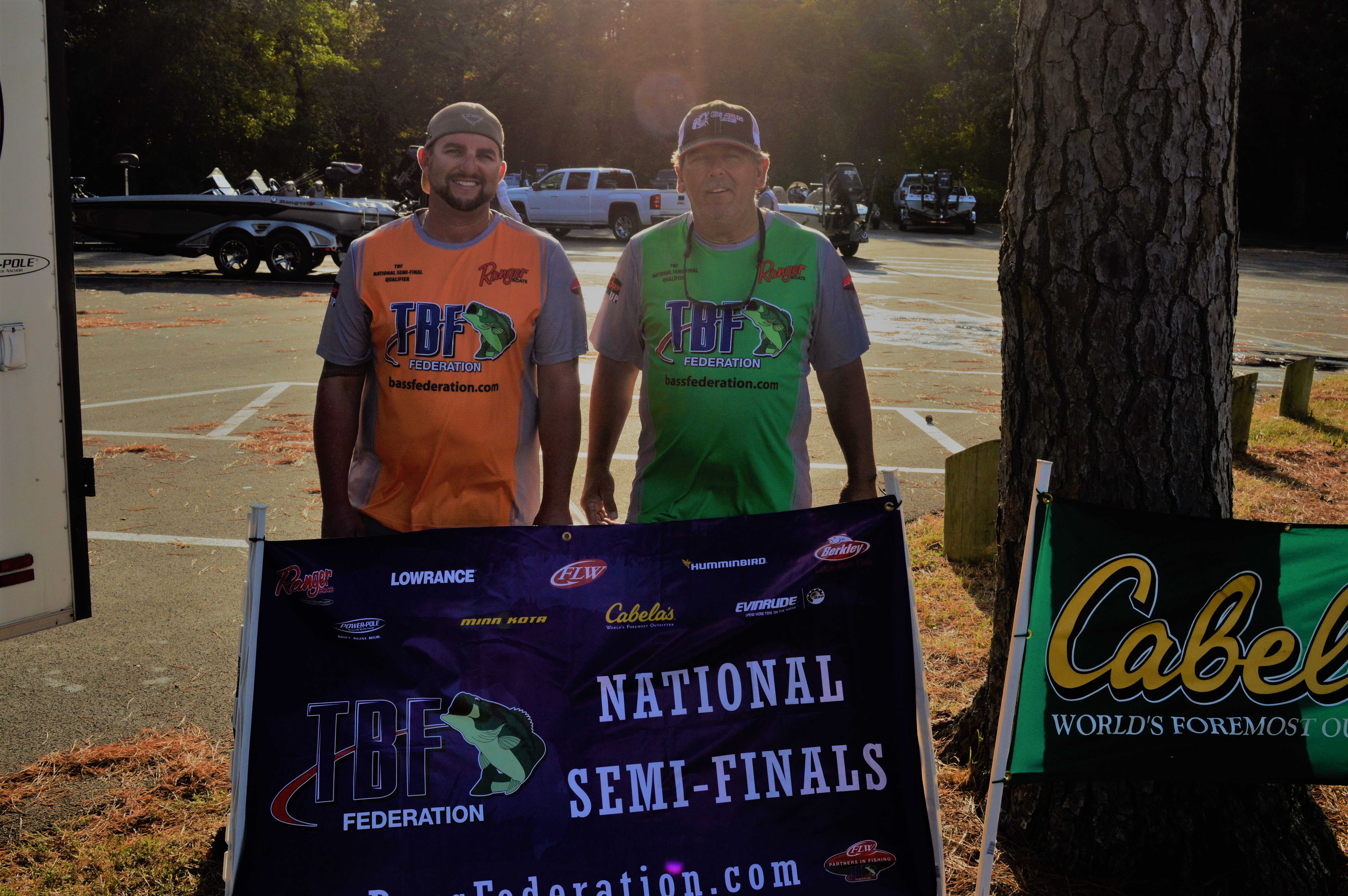 On the left is Maryland Co-Angler and National Semi-Final Champion Andrew Wiley. Andrew managed 15.31 pounds .91 pounds ahead of Maryland’s 2nd place Co-Angler. Right is Maryland 1st place Boater Frank Arthur who brought in 17.49 pounds to be part of the Maryland anglers headed to the National Championship.