The District 7 Semi-finals set on Wilson lake Kansas was sure to be a test with the recent fluctuations in water levels raising and lowering several time this summer. All the anglers took to the water Saturday morning meeting a breezy South wind that shrank the body of water by quite a bit for accessible fishing water. Fish starting to make the fall move seemed to be the general consensus. Keep the bait and the boat moving was the key for the day. Some nice bags brought to the scales and lots of 1-3 fish bags it would be a close race Sunday. Well Sunday morning came and typical to Kansas 5-10 mph winds turned into 25-30 straight out of the North which made for dangerous conditions and after several delays and talking with Randy Sullivan it was decided it was unsafe to allow the anglers to get on the water day 2. 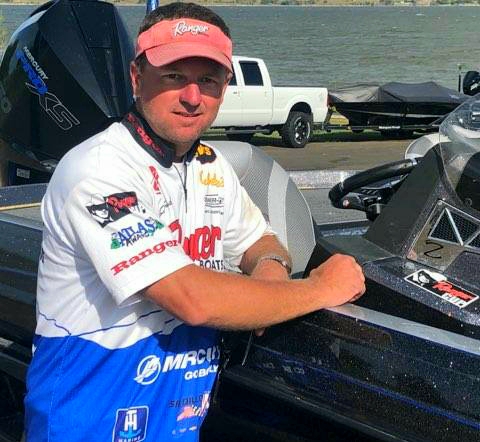 The TBF of Kansas wants to thank all the anglers for their hard work and on making to the 2019 KS/MO TBF National semifinals. Congratulations to Sheldon Rogge, Justin Harris from Kansas and Jared Knuth, Greg Harris from Missouri for qualifying for the National Championship.