The dynamic fishery is central for all three states and loaded with fat, aggressive smallmouth and largemouth bass, which several anglers reported finding their limit share of by 9am.   Three anglers brought bags over 19 pounds to the scales on day one, but Jerry Pape from Nebraska started out on top with 19.56 pounds.

On day two, a front pushed through and gave way to clear skies and cooler temperatures, which made the morning slow.  However, anglers managed to figure them out as the day progressed and Nebraska boater, Jerry Pape, was able to hold on to the lead and ultimately, the NSF Boater Champion title.  Pape’s two day total was 34.93 pounds and he was awarded $2,280 for his win plus a slot in the national championship.

On the co-angler side, it was a wild ride from start to finish.  But, consistency paid off for anglers that were able to hammer a few out each day. In the end, Nebraska’s, Jeremy Rasmussen, seized the NSF Co-angler title with a tournament total of 23.85 pounds.  Rasmussen was awarded $1,140 for his two days of work and will advance to nationals representing his state.

In second overall and representing the South Dakota co-angler division at nationals will be Ronald Dillon with 22.51 pounds.  Matthew Franz will round out the national qualifiers as the highest finishing North Dakota angler to represent his state.

The Nebraska Bass Federation made the final sweep taking home bragging rights in the state pride competition followed by South Dakota and North Dakota.  The award is determined by adding the weights of the top four boaters and co-anglers selected prior to the event from each state.

In the end, 78 boats brought in 484 bass weighing 1345.97 pounds.  The hosting state of Nebraska provided live coverage during the event on their TBF of Nebraska Facebook page, including the weigh-ins each day. It provided a unique experience for the anglers and for family, friends and fans back home to follow their favorite anglers.   Thanks to the TBF of Nebraska, as well as, TBF’s sponsors; FLW, Ranger, Cabela’s, Lowrance, Minn Kota, Humminbird, Evinrude, Berkley and Power Pole. 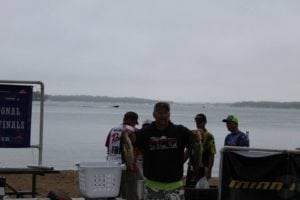 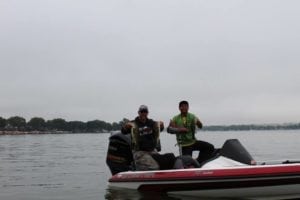 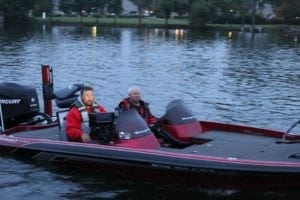 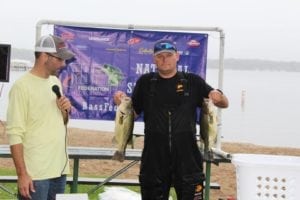 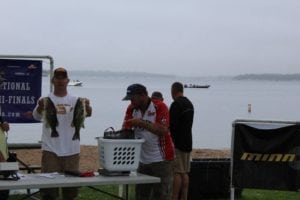 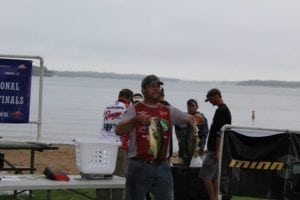