We had 16 youth particpating along with many parents, members of TBFKS and many others. Saturday was a beautiful day to be on the water as the forecast was warm and light and variable winds.

The “super moon” was on on Friday night. Saturday morning started out with sunshine and quickly turned cloudy and humid. The fishing did not slow down for our youth what so ever.

As we set up on shore we saw several fish caught near the ramp area and fishing jetty’s.

As the day continued on the clouds burned off and the sun shined brightly upon the youth and boaters on the water. The wind picked up some and kept them all cool. Fishing remained hot though allot of smaller fish were being caught.

Kansas Wildlife and Parks paid us all a visit and provided safety checks to all the boaters to make sure all vessels were following safety rules of the water as required by law. The youth were doing their part by wearing an approved personal floatation device (life jacket) as required by law.

Back at the ramp TBFKS members and adults were busy preparing lunch for the youth, boaters, and parents. We grilled up some hot dogs and had a few side items to eat. Afterwards we awarded first place to the two age groups.

Each received a Ranger Tournament shirt, a Cabela’s gift Card, a tackle package, and a trophy. They will be headed to the National Guard Junior World Championships in Augusta GA on Lake Lanier on August 9-11.

All of the youth participating received a tackle pack compliments of several Kansas Bass Club members on Bass Boat Central and each youth also received TBF a t-shirt and hat.

A special thank you goes out to all of the parents supporting the youth, boaters for bringing your boats, TBFKS members and State Team Members who assisted in this event. We also would like send out a a special thank you to our Partners and Sponsors: FLW Outdoors, The Bass Federation (TBF), Ranger Boats, Lowrance, Cabela’s, National Guard, Berkley, Solar Bat Sun Glasses, Chevrolet, Evinrude E-tec 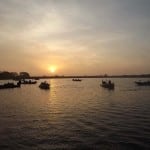 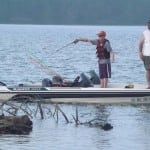 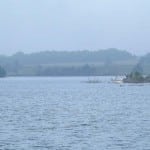 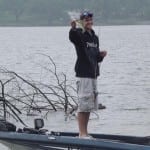 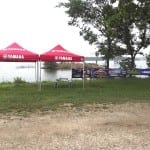 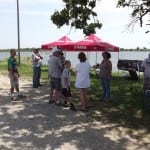 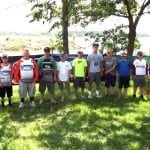 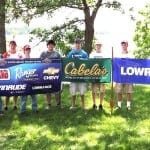 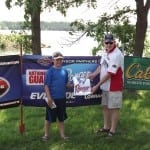 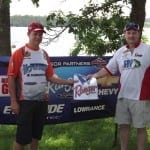