Lake Washington surrounded by Seattle, Bellevue and Renton, with the Space Needle and the University of Washington Husky Stadium as a back drop, was the site of Washington’s 2012 Junior State Championship.

Conditions were tough as the competitors took to the lake following a cooling period with overcast skies and water temperatures indicating pre-spawn conditions.

With thirteen competitors traveling from as far away as 300 miles from all parts of Washington. They came to win the State Championship.

In the 15-18 year old division, Dakota Jones, Inland Empire junior club made the adjustment to down size his line and lures following the State Federation qualifier on the same body of water the day before.

Dakota weighed in four fish for 8.85 lbs by working a known bedding area, with poor visibility and pressure from other competitors. Dakota covered the area repeatedly waiting for the next wave of spawners to show up. It paid off, to overtake second place Nik Autrey by less than a pound.

A three time State Champion Nik Autrey was a close second with 8.05 lbs after working a number of methods to hook fish before finding fish with a lipless crank bait. Nik stuck with this pattern late in the day but fell just ounces short of another title.

In the 11-14 year old division Trevor Huff, Washington Bass Association junior club worked a number of different methods before hooking his fish, a 4.82 small mouth with a jerk bait, which turned out to win his division and also be the big fish of the tournament. Kelsey Shaber worked a number of methods to put her in second place for the second year in a row, with Mark Omlin placing third while fishing a purple lizard.

A special thanks to Keith Brooks, Federation Tournament Director, his wife Rachel and son Kody for all their help. 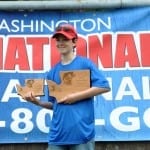 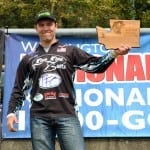 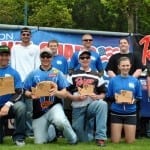 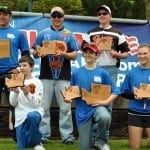 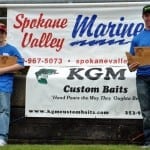