It was time once again for District 17 to come together for the 2019 TBF National Semi-finals where top qualifiers from the State of New Hampshire and the State of Maine tried to best the field for a chance to punch their ticket to the TBF National Championship. Anglers could qualify through their TBF federated clubs or by finishing high enough in the Semi Final Qualifier Tournament (SFQT) Event. We had 34 boats for our National Semi-final each with a boater and non-boater to compete on Lake Winnipesaukee for our two-day event. Anglers had to bring in their best 5 fish and the highest two-day total would earn the highest finishing boater and highest finishing non-boater a trip to represent District 17 at the Federation National Championship. We also awarded lunker largemouth and smallmouth honors for both days in addition to paying out the top six finishers with cash prizes. 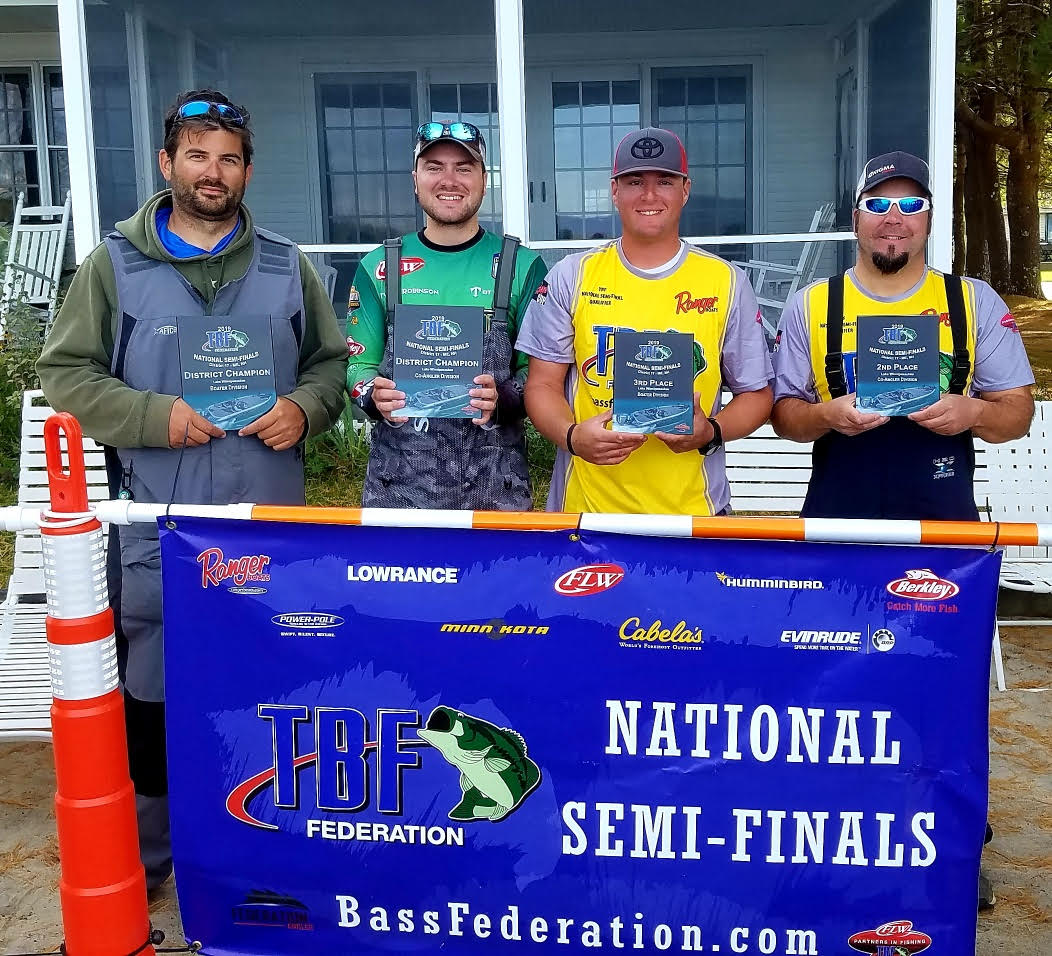 Day One was full of anticipation and promise as our 68 anglers got ready to blast off out of Silver Sands resort to get started on their way to the Federation National Championship. It was a beautiful late summer day on the lake for our anglers as they ran around the lake in search of their best five fish to bring to the scales. When the scales closed at Silver Sands Saturday night it was Rick Landry of New Hampshire who was leading the field with a 14.91lbs. bag anchored by a 5.24lb Day One Lunker Largemouth. Dave Barnes Sr. was leading the charge for the State of Maine with a 12.10 lbs. bag of smallmouth. Mike Kelly of New Hampshire took Day One Lunker Smallmouth honors with a 3.71lb. Smallmouth. 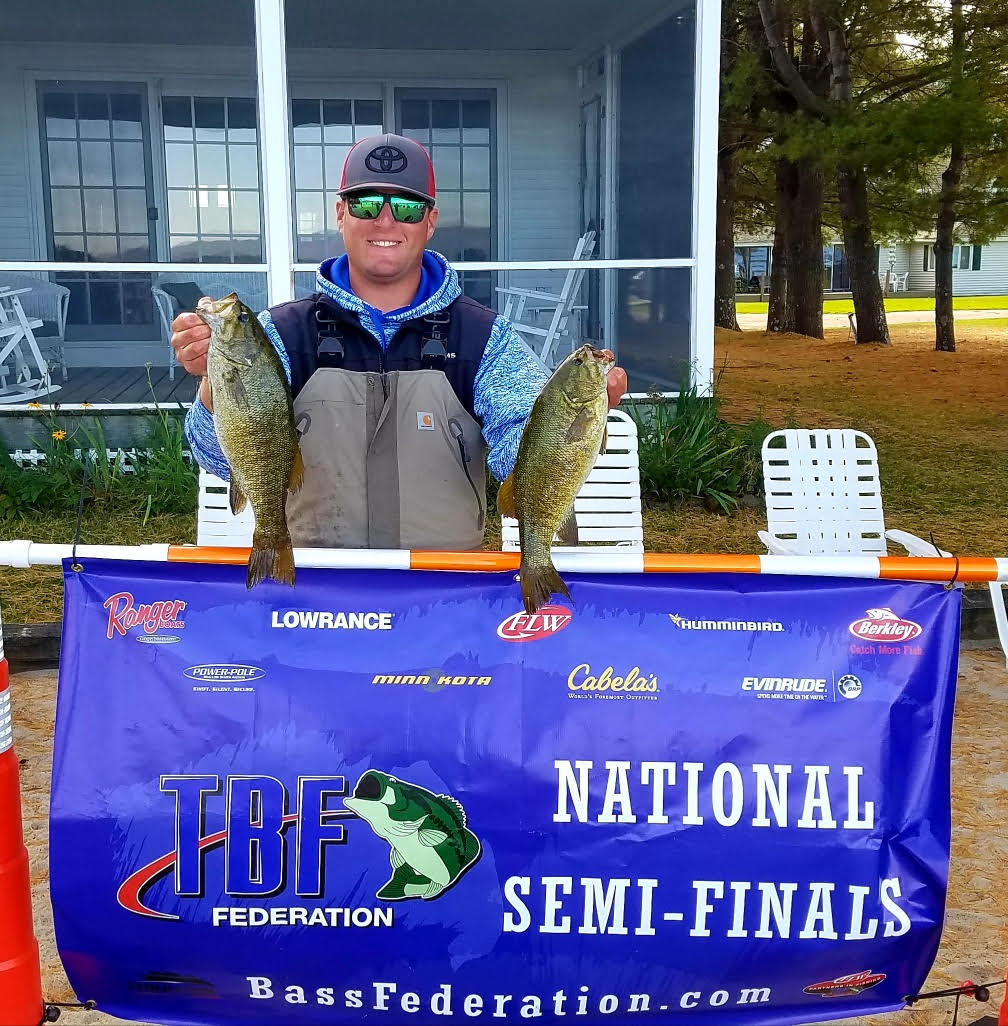 Day Two as the wind always seems to do on a multi-day event on Winnipesaukee decided to blow the lake out which made for a challenging scenario for many of the anglers that were chasing main lake fish around during Day One. Anglers were faced with a strong West and Northwest Wind which always makes for a challenging environment on Winnipesaukee. When it was all said and done it was Dan Tavilla from New Hampshire that bested the entire field with a five fish limit of 13.06 bringing his two day total to 25.33lbs. Nick Deering bested the field of Maine anglers with a five fish limit of 11.34lbs, bringing his two day total to 23.20lbs. On the non-boater side, it was Tyler Robinson brought in a five fish limit for 13.59 lbs. bringing his two-day total to 25.09lbs. For the state of Maine, it was Brian Rummery brought in five smallmouths weighing in at 10.48lbs. Rummery’s two-day total was 21.00lbs. Eric Low of Maine had lunker smallmouth honors for Day Two with an impressive 3.58lb smallmouth. Rob Sylvester of New Hampshire came in with a beautiful Lake Winnipesaukee Largemouth weighing in at 4.80lbs which was good for Lunker Largemouth honors. 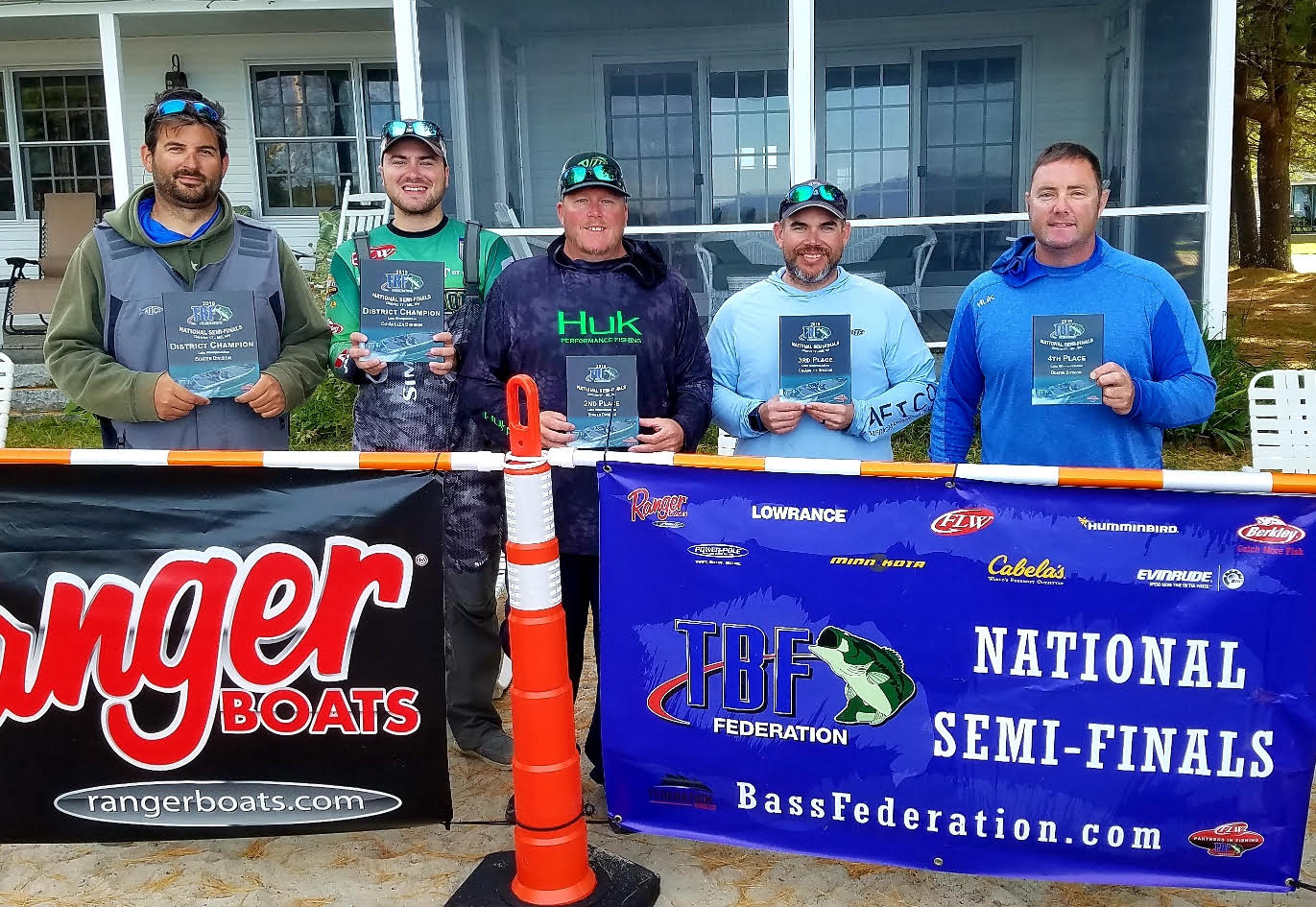 The New Hampshire Bass Federation would like to thank Silver Sands Marina and Resort for being our host facility yet again for our Semi-Final Championship. We would also like to thank The Traveling Texas Smoke Shop BBQ Company for treating our anglers to an impressive BBQ meal Friday night at the Belknap Sportsman’s Club for our pre-tournament rules meeting and registration. Our anglers had another great meal with a Pig Roast from Smoking Lamps BBQ on the Beach on Saturday night following our Day One Weigh in at Silver Sands. Thank you Mark Lamprey it was a huge hit! We would like to thank all of our sponsors that support our organization and our anglers: Minn-Kota, Hummingbird, Trokar, Power Pole, Lowrance, Lurelock Tackle Boxes, Beast Coast Tackle, Keitech, Samatis Baits, The Rod Glove, DUDE Products, Rocky Ledge Tackle, Favorite Rods, and Flip Fly Tye.
Congratulations to our top finishers in the money and lunker award winners. Good luck to our national qualifiers Dan Tavilla and Nick Deering who are Boaters representing NH and ME respectively and Tyler Robinson and Brian Rummery who are our Non-Boaters representing NH and ME at the TBF National Championship!