Fourteen boats and twenty-eight anglers from TBF District 22, Utah, and Nevada, took to the waters of lake Mohave this morning for the Semi-National Championship. Fishing was expected to be tough with high winds and …

The 2022 TBF District 6 National Semi Finals Tournament was held in Eufaula, Oklahoma on Lake Eufaula on Saturday and Sunday, June 11th and 12th.  If you like fishing a muddy lake with rising waters …

Seventy anglers representing 35 states fishing for a share of $42,000 in scholarships and grants

“This is a dream come true,” Lehew said. “It’s just an awesome feeling. I did the exact same thing I did yesterday. Early in the morning I used topwater baits. Later in the day we fished shallow water near docks.

“Derek gave me a lot of great tips to better my fishing,” Lehew continued. “I can’t wait for what the future holds.”

Additionally, FLW Outdoors, on behalf of the National Guard, awards $1,000 to each of the state TBF chapters represented by the six finalists in each age bracket. This money, totaling $12,000, benefits each chapter’s youth program. 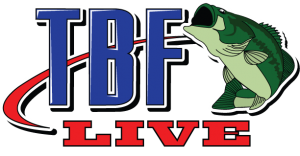