Ponca City, OK. (December 10, 2018) – The Bass Federation (TBF) announced today that the nation’s top grassroots anglers are headed to Kentucky Lake, home of TBF “Partners in Fishing” FLW’s world headquarters, April 11-13, 2019. FLW co-sponsors this premier event each year for grassroots anglers everywhere and this will be the first time the Championship event has ever been held on Kentucky Lake in the Federation’s 50-year history! The Federation thanks Henry County, TN for hosting this event, anglers will enjoy over 2,064 miles of shoreline to test their skill in this no entry fee event with a prize purse worth well over $300,000.

“The community of Henry County is ready to showcase the great beauty of Kentucky Lake.” Said Henry County Mayor, Brent Greer. “Our rural community considers ourselves a “World by the Water” and having the chance to bring anglers in from all over the country to this special place is exciting. We believe that if we can get you to come to Henry County once, you will come again.”

that span the traditional seven TBF geographical divisions, the framework is designed to make it easier for TBF anglers to fish premier events by minimizing travel time and expenses.

With the success of the new TBF National Semi-finals program feeding last year’s 2018 Championship event that event purse was pushed up to an all-time record payout of $300,000 in cash and prizes and the 2019 event is projected to beat that high-water mark set in 2018 by a good margin. The Federation National Championship will feature the top grassroots boaters and co-anglers from each state and Canada.

All fifty-three boaters and co-angler competing in the National Championship will fish the tournament from new,  Ranger Boats each tournament day thanks to our partners at Ranger Boats, Evinrude Outboards, Lowrance, Power-Pole, Minn Kota, FLW, and TBF.  Hotel room nights for the actual event days will be paid for and anglers will fight for a share of the record payout plus 15 advancement spots including 14 berths in the BFL All-American and 1 berth in the Forrest Wood Cup.

All seven division champion boaters and co-angler will advance to the 14 spots in the 2019 BFL All-American. The overall winners will leave with the coveted TBF National Champion Boater and National Champion Co-angler Titles and their Living the Dream (LTD) packages. The boater LTD package is worth $120,000 including $20K cash PLUS fully paid entry fees into the FLW tour as a tour pro for a full year, use of a new custom LTD Wrapped Ranger Boat for the season, powered by Evinrude, and a tow vehicle to pull it with, clothing package, travel stipends for each event and the National Champion boater will also advance to the world’s richest event, the 2019 FLW Forest Wood Cup! 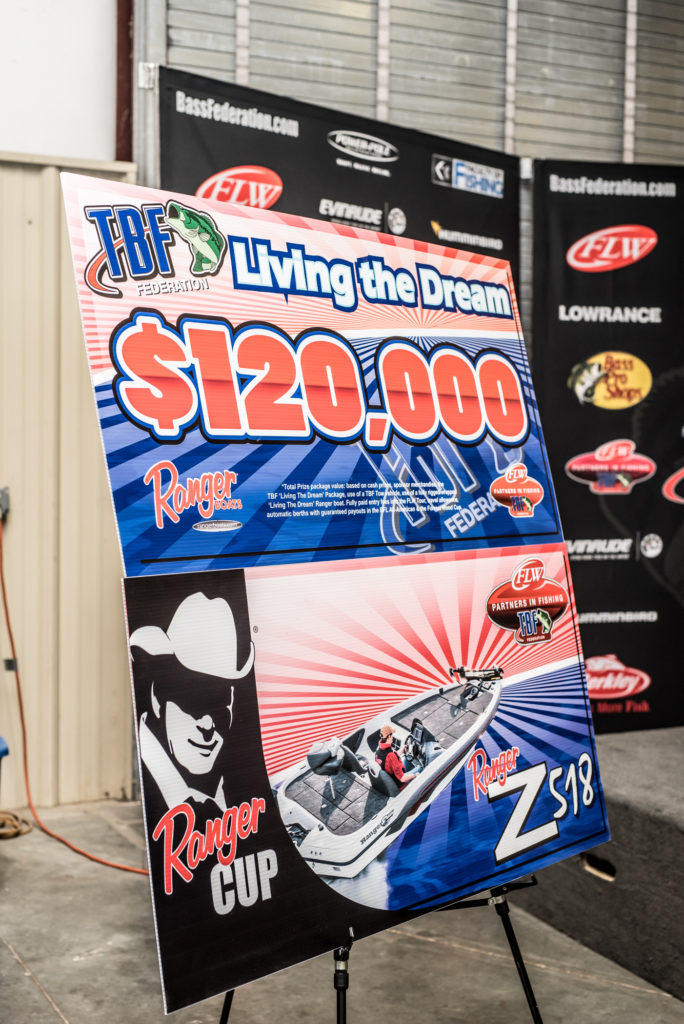 The 2019 National Champion Co-angler LTD package will be worth $30,000, including 20K cash PLUS paid entries into the FLW series of choice, clothing package and more! 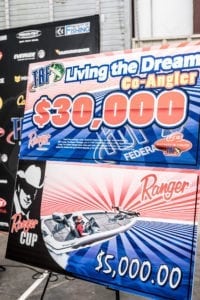 Coverage of the TBF National Championship will be broadcast in high-definition in Federation Angler TV block on the Pursuit Channel and streamed live from Paris Landing State Park Marina daily on bassfederation.com.

The Bass Federation Inc. is the oldest and largest, organized grassroots angling organization in America and a member of the fresh water fishing hall of fame. TBF is 100 percent owned by those it serves and is dedicated to the sport of fishing. TBF affiliated state federations and their member clubs conduct more than 20,000 fishing, youth and conservation events at the local level each year, and have provided the foundation for the entire bass fishing industry for 50 years. The Bass Federation is proud “Partners in Fishing” with FLW, which helps support this annual event along with other industry-leading TBF sponsors including Ranger Boats, Evinrude, Lowrance, Bass Pro Shops, Cabela’s, Humminbird, Minn Kota, Berkley,T-H Marine, and Power Pole. For more information about The Bass Federation, visit bassfederation.com, or call 580-765-9031. Look for TBF on facebook at Facebook.com/thebassfederation and on twitter at Twitter.com/bassfederation.