The 2022 North Carolina TBF hosted the NC Junior State Championship on Jordan Lake in Chapel Hill, NC.  At the end of the day, Damon Clark and Jackson Eakes took 1st place with 4 fish …

Junior anglers from all around the state of Tennessee came to Parsons, TN to compete on Kentucky Lake to earn a berth in the upcoming 2022 Junior World Championship.  These young anglers worked hard during …

The 2022 Louisiana TBF Junior State Championship was held March 12th on Lake Caddo in Oil City, LA. With 70 teams participating, the top 7 teams will be advancing to the TBF Junior World Championship …

Ponca City, OK. (November 11, 2021) – The Bass Federation (TBF) and Visit Conroe announced today that the nation’s top grassroots anglers are headed to Conroe, Texas and Lake Conroe, February 28 – March 4th, 2022.  If you’re a bass angler you know that early spring in Texas can be a “bucket list” trip. Lake Conroe is certainly near the top of that list. The lake record is nearly 16 pounds (15.93) and Conroe has more than a few 10lb plus bass swimming in it, Conroe can and has turned out five-fish limits of 35-45 pounds!

“Federation angler families from across North America will enjoy the local area as there is a lot of things to see and do.” Stated TBF National President Robert Cartlidge. “And these anglers will have a real chance at catching a fish of a lifetime.”

Known by anglers as one of the top fisheries not only in Texas but in the United States, Lake Conroe is known as Houston’s aquatic playground. The lake boasts an impressive population of bass and crappie and is a year-round catfish hotspot. There is a catch for all freshwater anglers on Lake Conroe all year long! See you on the lake!

TBF anglers in the no-entry fee event will also enjoy increased payouts fueled by the popular TBF National Semi-finals qualifiers that pushed the prize purse in 2021 to nearly $400,000.00 in cash and prizes.

Competitors qualified out of thousands of anglers from across North America at 22 close-to-home district competitions called the TBF National Semi-Finals. The format is designed to make it easier for TBF anglers to fish premier events by minimizing travel time and expenses. TBF anglers fish a national semi-final one year in their home state and in their neighboring state the next to qualify for this National Championship. So, travel to qualify is usually no more than the state next door every other year and the success of the TBF National Semi-finals programs and it payback to the membership continues to climb annually.

All Fifty-five boaters and fifty-five co-anglers from across the US and Canada who earned a spot will fish the first two days of the event and only the 7 Division Champion Boaters and Co-anglers will compete on Friday, the third and final day for the Live Your Dream Prize packages and the National Championship titles.  In addition to the cash prizes, all eligible anglers will receive a lodging stipend from TBF to help offset the cost of their choice of lodging in the area for the actual event days as a part of their qualifying prize and all 14 finalists earns a Living YOUR Dream prize package of various amounts plus multiple advancement contingencies.

The Federation strongly believes in the value of co-anglers, the 2022 National Champion Co-angler LYD package is over $30,000, including 20K cash, advancement opportunities, PLUS a set amount of paid entry stipends into the circuit of choice of affiliated circuit, clothing package and more! All 110 anglers who qualified for the championship on Lake Conroe will be awarded a prize of some amount.

Coverage of the TBF National Championship will be broadcast in high-definition in Federation Angler TV block on the Pursuit Channel, on Outdoor Action TV and streamed live from Lake Conroe’s Stowaway Marina daily on bassfederation.com.

The Bass Federation Inc. is the oldest and largest, organized grassroots angling organization in America and a member of the freshwater fishing hall of fame. TBF is 100% owned by those it serves and is dedicated to the sport of fishing. TBF affiliated state federations and their member clubs conduct more than 20,000 fishing, youth and conservation events at the local level each year, and have provided the foundation for the entire bass fishing industry for 50 years. The Bass Federation is proud “Partners in Fishing” with industry-leading companies like MLF and including Ranger Boats, Lowrance, Bass Pro Shops, Cabela’s, Humminbird, MinnKota, Berkley, T-H Marine, and Power Pole. For more information about The Bass Federation, visit bassfederation.com, or call 580-765-9031. Look for TBF on facebook at Facebook.com/thebassfederation and on twitter at Twitter.com/bassfederation.

Our AZ and CA anglers battled it out over a 2-day weekend event where the weather was perfect, with mild temps and calm winds. Havasu had been fishing rough for the past several local tournaments, and the TBF state-semis was no exception. Both states struggled to find the fish, but a few did and were able to put together winning bags.

Congratulations to all state-team members who qualified for the semi-finals and to our 4 anglers who are advancing on to represent their states at the TBF Nationals, March, 2022. 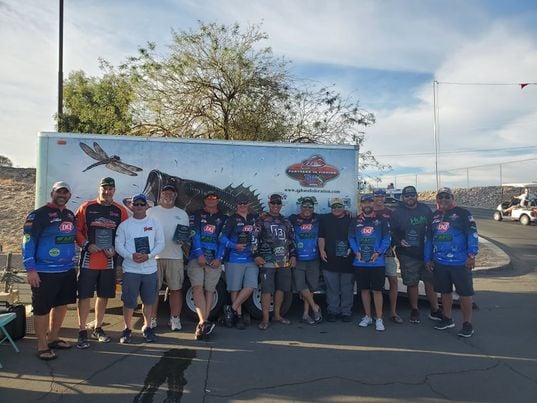 Tough conditions and big waves gave up some big results in the District 2 NSF on Lake Murray.

Day one was a cloudy windy day “NE winds10-20mph” and made it tough to cross the lake, but our district anglers still came out with a very nice catch as a group. Day 2 of the NSF was more forgiving weather with clearing skies and slowing winds. This allowed everyone to move about and the weight showed. The scales were lit up with nice largemouth as Lake Murray started to show how healthy it’s environment is. In all this event went without any issues and was enjoyed by all. 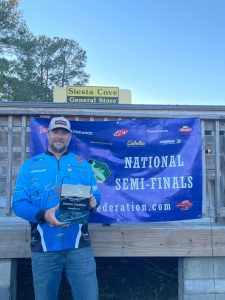 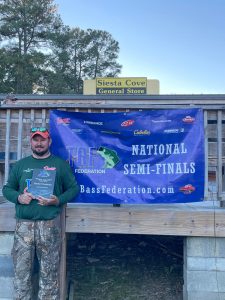 The Mississippi Bass Federation hosted the 2021 District 4 NSF event October 16-17, 2021 on Sardis Lake at Engineers Point in Batesville MS.  On Day One anglers had strong winds that lasted all day, then on Day two anglers were met with light winds and a cold front which made for a very interesting turn of events.  Weights were tight all the way to the end. 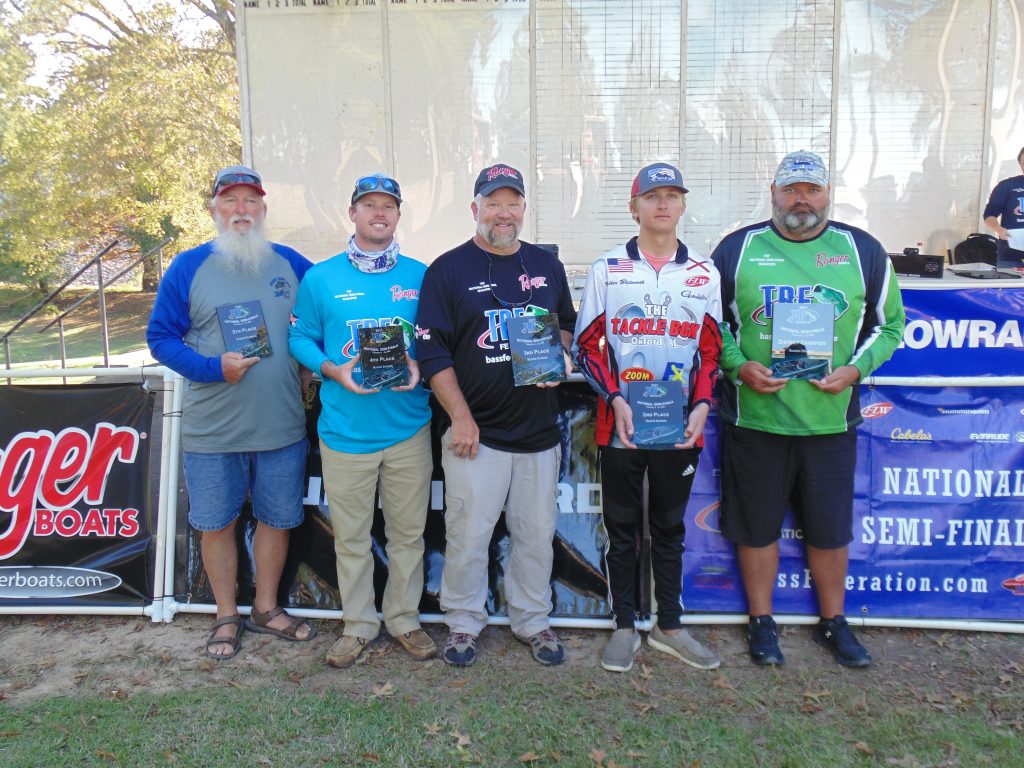 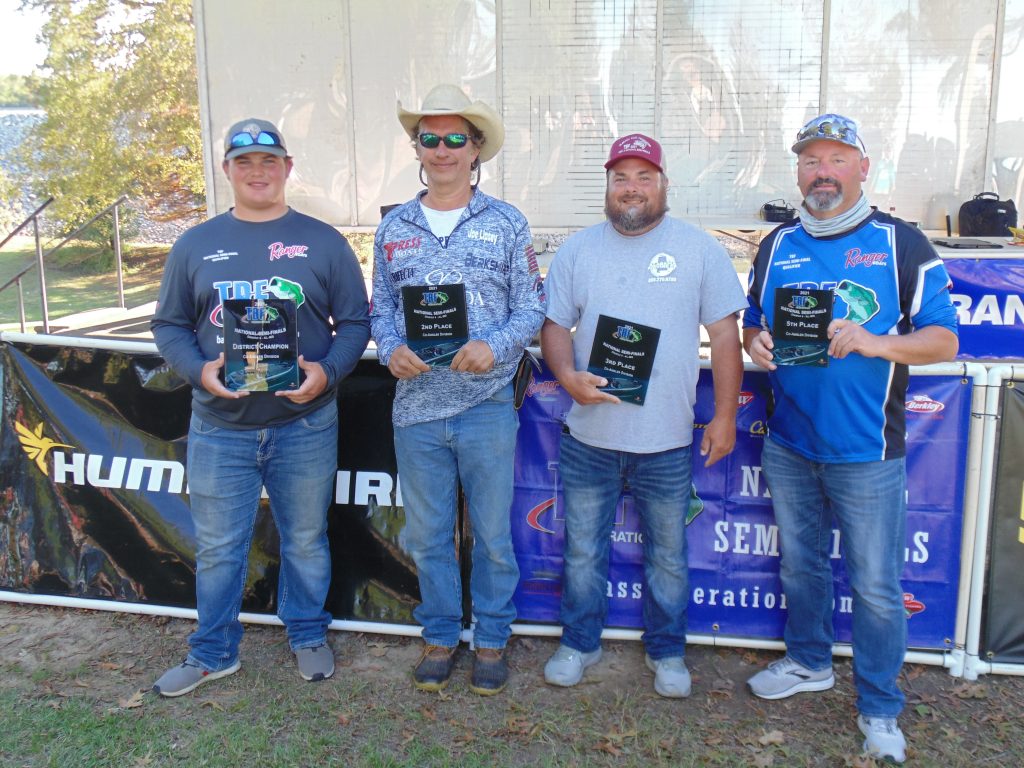 Congratulations to all anglers for their fish care.  We had only one lost fish during the two-day event. 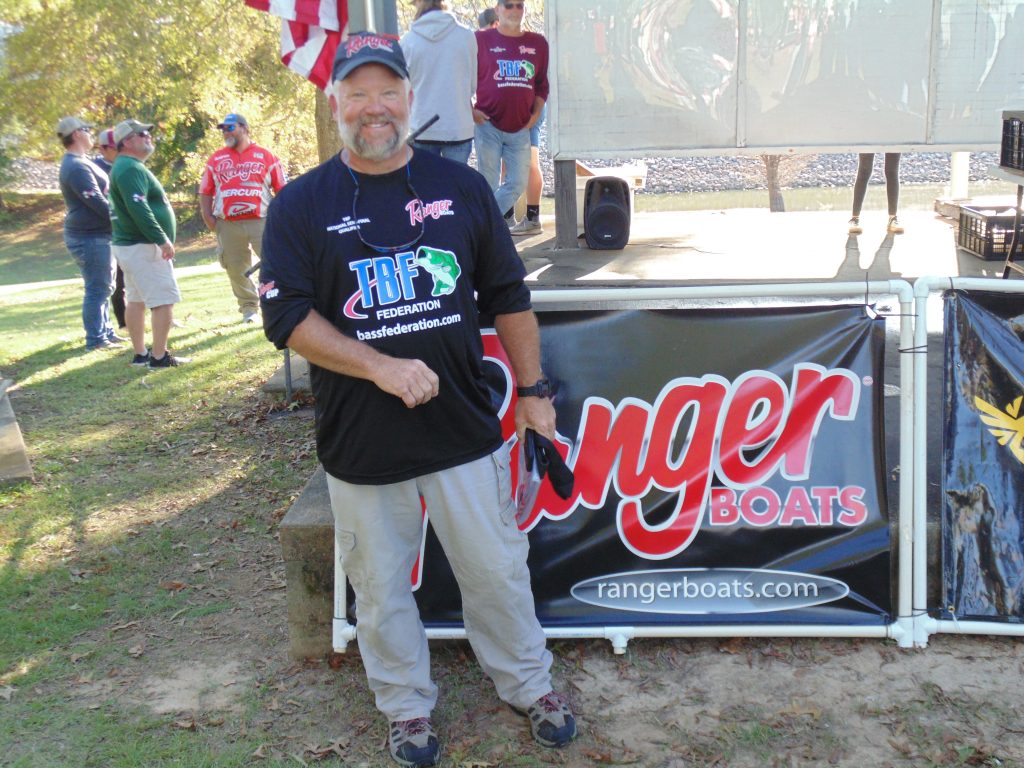 The Mississippi Bass Federation maintains bragging rights and The District 4 State Pride Award.  The award is determined by adding the weights of the top four boaters and co-anglers from each state selected prior to the event.